Arsenal midfielder Santi Cazorla picked up an injury during Sunday’s 1-1 draw at Norwich City, but that didn’t stop the Spaniard becoming to first player to make 1,000 Premier League passes this season.

Cazorla, who looks set to be sidelined for the next three weeks, is the division’s most prolific passer, having completed 1,034 passes.

Not only is Cazorla the most prolific passer in the Premier League, he is also more accurate that each of his aforementioned rivals.

Check out the stats below, courtesy of the London Evening Standard. 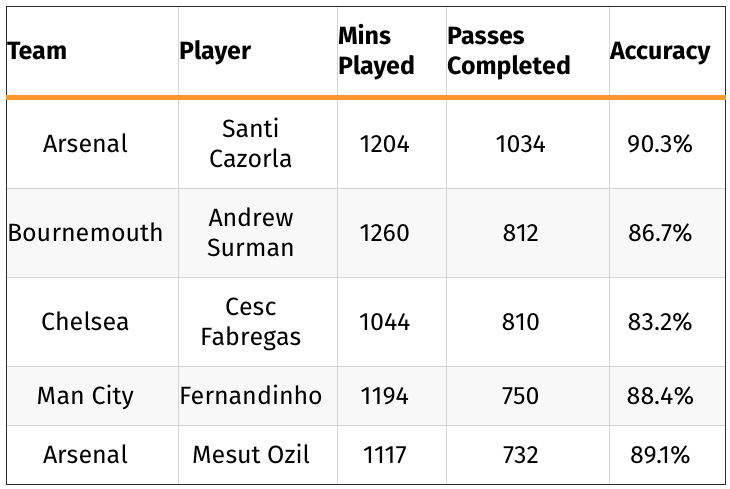