Arsenal speed machine Theo Walcott has not played for the Gunners since limping out of their shock Capital One Cup defeat at Sheffield Wednesday in October.

The England international could return from his latest ankle injury in this weekend’s Premier League clash with Sunderland, according to The Telegraph.

However, due to Walcott’s fragile nature and considering what happened to Alexis Sanchez on Sunday, Arsenal fans will be reluctant to see their chief paceman rushed back.

Therefore, some supporters may not be overly impressed with Walcott’s latest Instagram upload.

Sponsorship deals are big business for footballers these days, but surely Walcott should get his priorities straight!?

The 26-year-old shared a photo of himself on the set of an adidas advert.

It looked like the commercial involved some strenuous activity, as Walcott was outside and stretching.

Can you imagine if his return from injury is delayed because he aggravates an injury while on ‘adidas duty’!? 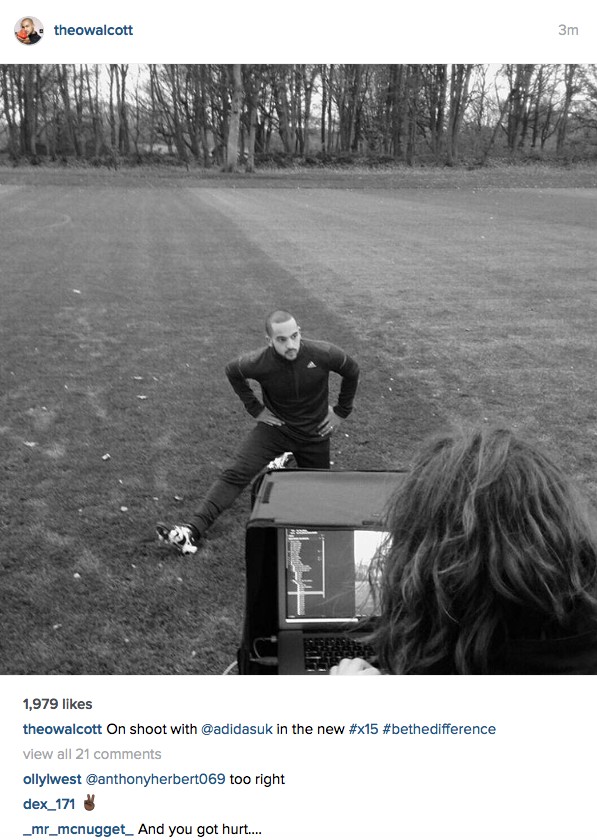