According to reports, Manchester United goalkeeper Vanja Milinkovic-Savic has completed his exit from Old Trafford.

The highly-rated keeper—who won the U-20 World Cup with Serbia—failed to gain a work permit to play in England and has subsequently left the club after ‘ripping up his contract’, as per the Daily Star.

18-year-old Milinkovic-Savic has reportedly been living in Belgrade, the Serbian capital, and has been playing for various clubs—including Vojvodina—as he has looked to preserve his fitness.

According to the tabloid, the young starlet has now completed his Old Trafford exit, and has signed for Polish side Lechia. 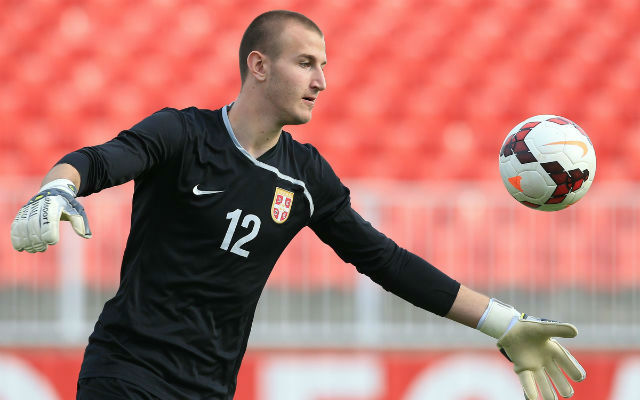 While it’s certainly something of a step down—Milinkovic-Savic will surely be delighted to just get back playing and to finally be able to concentrate on his future.

“I had to go back to Manchester, but there is a problem with a work permit in England,” he told Lechia’s website.

“The case dragged on, unfortunately. I couldn’t find a club where I could be loaned to,” he continued.

“I decided to terminate the contract with Manchester United. I am glad that I was able to come to an agreement with Lechia.”

While United miss out on the starlet, they have no shortage of options between the sticks, and can call upon the likes of David De Gea, Sergio Romero, Victor Valdes and Sam Johnstone.

That number may soon be reduced, with Yolanda Cardona, the wife of Valdes, recently slamming the Red Devils for their treatment of her husband.