According to the club’s sporting director Rudi Voller, Bayer Leverkusen would be prepared to cash in on Manchester United target Hakan Calhanoglu [Turkish Football], but only if a substantial fee is offered. 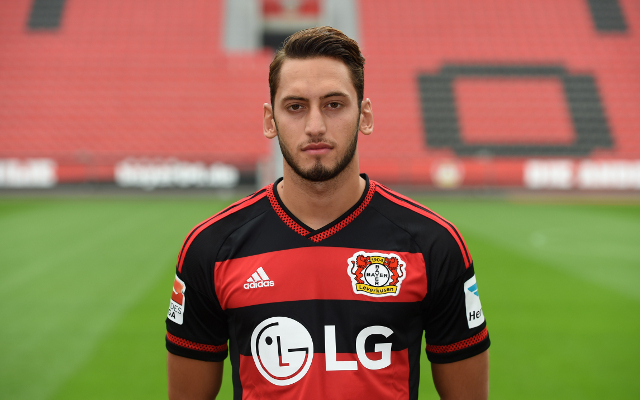 In an interview with Goal, the Germany great revealed Bayer’s current transfer policy, admitting that any of his players is available for a ‘high price’ and intimating that he and his colleagues accept that Leverkusen’s big names will ultimately seek to represent bigger and better clubs.

However, having moved to Bayer from Hamburg for a hefty €14.5 million fee, it remains to be seen how much United—or any of the Turkish international’s other suitors—would need to spend in order to bring the midfielder to Old  Trafford.

The 21-year-old has impressed since moving to Leverkusen, and Bild are just one source to have linked United with a move for the youngster.

However, the Red Devils may not have the deal entirely their own way, despite Bayer’s openness to a deal. TalkSPORT have noted that Arsenal are also interested in the player, and they too could be encouraged by Voller’s admission.