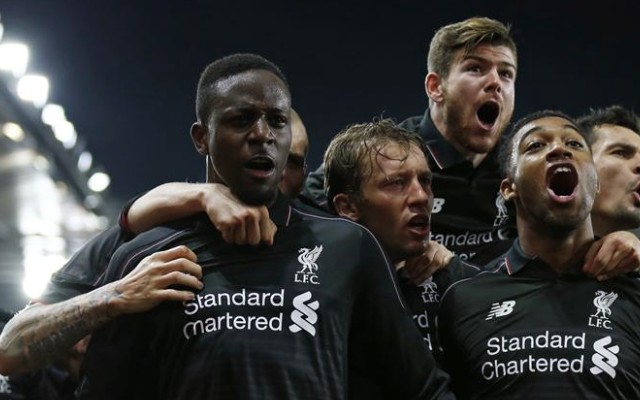 Divock Origi’s first Liverpool goals were a long time coming, but they were certainly worth the wait.

The Belgian had failed to open his Liverpool account in his previous 10 games, but bagged a hat-trick at St Mary’s Stadium tonight in a 6-1 Capital One Cup quarter-final thrashing of Southampton.

His maiden Reds strike appeared at first glance to belong to Alberto Moreno, but Origi had actually cleverly diverted the Spaniard’s long-range strike past Maarten Stekelenburg in the first half.

If his first Liverpool goal was not one to remember – his second definitely was. Substitute Jordon Ibe slipped Origi through and he smashed a 20-yard rocket into the net via the underside of the crossbar.

And he completed his treble with Liverpool’s sixth on a brilliant night for Jurgen Klopp’s side. Teenager Brad Smith whipped in a lovely delivery for the 20-year-old to head into the bottom corner.

Origi’s arrival on a Liverpool scoresheet actually comes nearly 18 months after he joined the club from Lille. He spent last season on loan with the French club before coming to Merseyside this summer.

Earlier in the rout, Daniel Sturridge bagged twice on his return from injury. With Origi having now joined him and Christian Benteke in the goals, Liverpool appear very well stocked with striking depth.