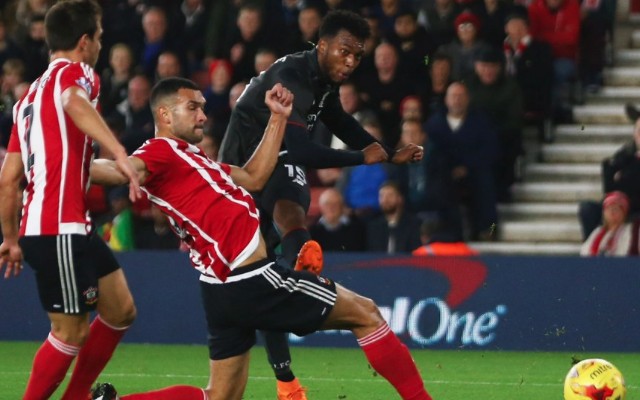 Daniel Sturridge is back with a bang. Make that two bangs.

The Liverpool striker, starting under manager Jurgen Klopp for the first time, scored a quickfire brace to help the Reds turn around their Capital One Cup quarter-final with Southampton this evening.

After Sturridge – who has missed much of this season with a succession of injuriesshowed that he has not lost a step during his latest layoff with two goals inside four minutes before the half-hour mark.

The England international twisted Steven Caulker one way and then the other before firing confidently into the bottom corner to equalise after Sadio Mane had put the Saints ahead inside 40 seconds.

He had completed Liverpool’s comeback only moments later when he ran in between two Southampton defenders to cushion Emre Can’s lofted pass underneath Maarten Stekelenburg with a first-time volley.

Sturridge has an incredible scoring record of 44 goals in 58 Liverpool starts, but he has only played five times in all competitions since April. If they keep him fit, Klopp’s Reds could be some force.