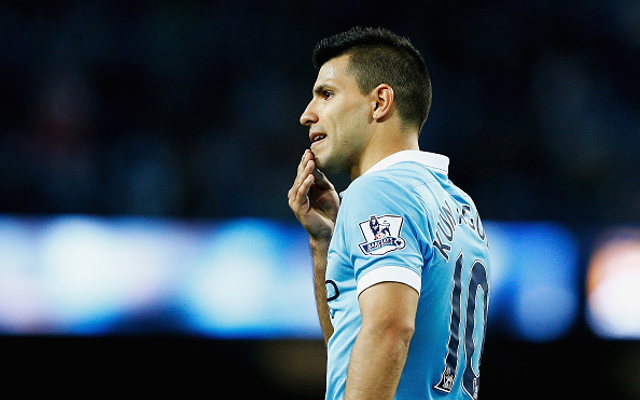 Sergio Aguero has outlined his plans to leave Manchester City and return to former club Independiente when his contract at the Etihad Stadium ends in 2019.

The superstar striker moved to Manchester in 2011 and has gone on to become a legend with the Citizens. To date, he has managed 85 goals in 129 appearances, and scored the goal that brought the Sky Blues their first-ever Premier League title—which they won in 2012.

He subsequently won the EPL crown again in 2014, and has also lifted the League Cup in 2014, the Charity Shield in 2012 and, during his time with Atletico Madrid, the Europa League in 2010, the Intertoto Cup in 2007 and the Uefa Super Cup three years later.

While Aguero was part of the Argentina team that fell to Germany in the 2014 Fifa World Cup final, he won an Olympic gold medal in 2008 and two Fifa U-20 World Cup winner’s medals earlier in his career.

Earlier this month, Aguero was linked with a move to Real Madrid [Metro] but, in an interview with French publication So Foot, he has both simultaneously confirmed that he is staying City and outlining his plans for a departure.

“I always say that I will return to Independiente, and I will do it,” Aguero began.