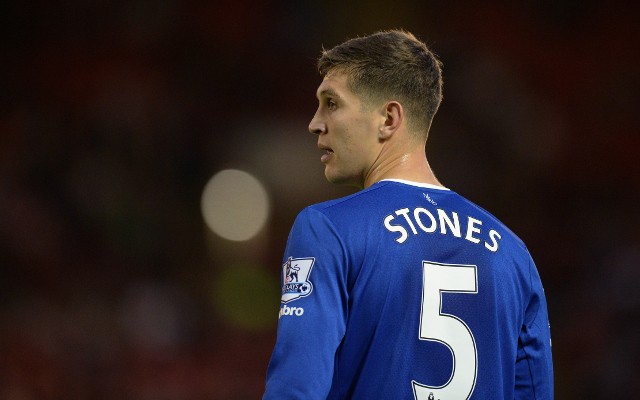 Arsenal manager Arsene Wenger is understood to have requested that his board bid for Everton defender John Stones, as they look to beat Chelsea to the centre-back.

The England international emerged as one of the stars of the season last term, and his cultured performances in the heart of the Toffees defence saw him linked with a move to Stamford Bridge.

While Chelsea failed with several bids for the international defender, they may yet look to return for the player in January with the Daily Mail [via the Express] reporting that Jose Mourinho remains keen on acquiring the defender, who would appear to be an ideal long-term replacement for John Terry.

However, should the Pensioners retain interest in the 21-year-old, they are likely to face competition from Arsenal, with Fichajes [via the Metro] reporting that the Gunners are keen on brining the Goodison Park hero to the Emirates Stadium.

According to the Metro [as above], Everton have slapped a price tag of £45 million on Stones, meaning that Arsenal would surely need to make an eye-watering offer in order to bring the youngster to North London.