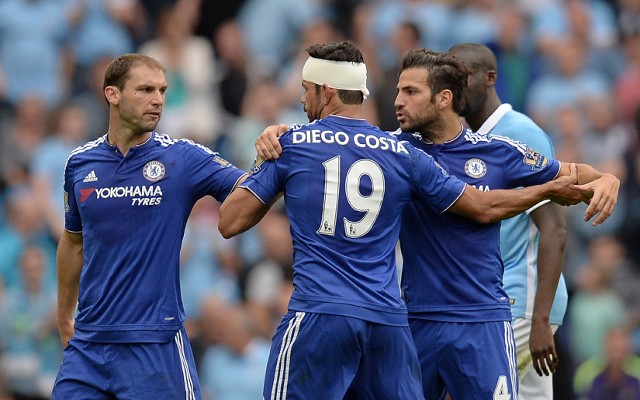 Branislav Ivanovic could be the first casualty of Chelsea’s dreadful start to the season, with the Serbian defender linked with a January move to Inter Milan.

According to ESPN, the Italian giants are keen on coaxing the 31-year-old to Lombardy during the upcoming transfer window and have opened talks with the right-back.

The report notes that that Inter are plotting to over Ivanovic a two-year deal as they look to end his Stamford Bridge misery.

While he has improved recently, Ivanovic was wholly out of sorts during the early stages of the campaign, and was criticised after he received a grilling against Jefferson Montero of Swansea City earlier in the season [Daily Mail].

The report notes that the veteran’s current contract comes to an end in the summer, and while Inter may need to pay a fee in order to procure the defender in January, they may also wait until June and sign him for nothing.

Should the former Lokomotiv Moscow man leave Stamford Bridge, Jose Mourinho may opt to move Cesar Azpilicueta across to right-back and promote summer signing Abdul Rahman Baba to the starting lineup, with the Ghanaian having failed to impress to date.