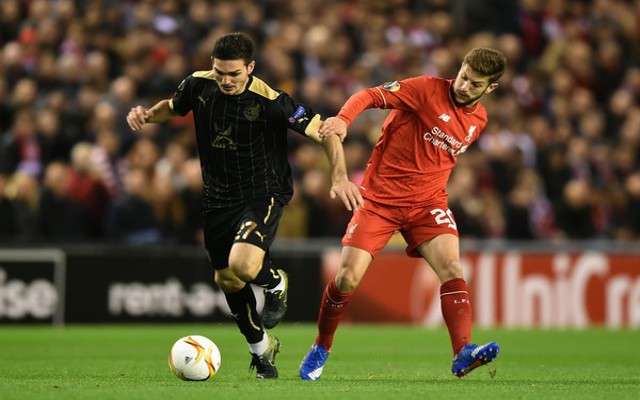 Though he has been given significant control over personnel for Liverpool, Jurgen Klopp has yet to get the transfer targets he wants but will get his opportunity to make the team his own in January. His first big target could very well be one of his Europa League opponents from Rubin Kazan – midfielder Magomed Ozdoev.

According to Russian football journalist Artur Petrosyan, Klopp had a 15-minute conversation with Ozdoev during the Europa League match between Liverpool and Rubin Kazan earlier in November.

Liverpool (along with Schalke, Lyon and Spartak) are interested in Magomed Ozdoev. Klopp had a 15-min chat with the 23yo midfielder in Kazan

Petrosyan noted reported that the Reds were among four big clubs interested in the 23-year-old midfielder, with Schalke, Lyon and Spartak being the other contenders.

Petrosyan wrote that the buyout clause for Ozdoev is €6 million.

Rubin Kazan has struggled this season though, with the club winning just six of their first 17 league matches.