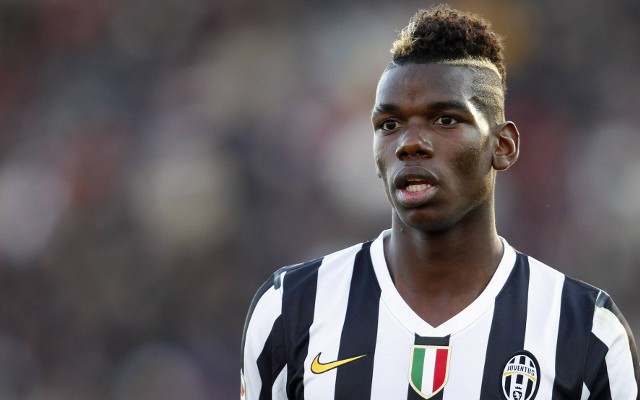 Juventus midfielder Paul Pogba has been seen in Manchester this week which in turn has added fuel to the fire about a possible return to England.

As reported by the Manchester Evening News, the 22-year-old has been linked with moves to Manchester United, Manchester City and Barcelona over the past 12 months, but his agent, Mino Raiola, has insisted that he will not be leaving Turin in the January transfer window.

However, a day after the French international was seen at a restaurant in Manchester, Raiola did concede that the situation may change in the summer.

“He won’t move in January,” he said, as reported by MEN.

“He expressed his desire to finish the year at Juve, and the big players rarely move in January.

“June, however, is very far away. In terms of the transfer market, it’s a different time, almost a different century.”

However, there may well be a simple reason behind the visit to Manchester, as the former United starlet had been given an extra day off by the Bianconeri as he is suspended for Friday’s Serie A encounter with Lazio.

As a result, as reported by Football Italia, Pogba took the opportunity to visit his brother and other friends which in turn would explain his decision to travel to Manchester and therefore downplay rumours of being in the city to discuss his future.

Pogba has made 20 appearances in all competitions so far this season, but it has been a difficult transition for the Frenchman after Juve lost Arturo Vidal, Andrea Pirlo and Carlos Tevez in the summer. Although Massimiliano Allegri’s side are showing signs of improvement in recent weeks as they continue to climb the league table, Pogba’s influence has been limited to just two goals and six assists so far this year.