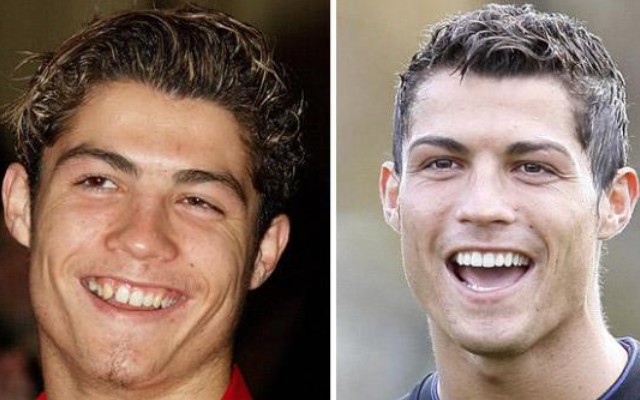 Cristiano Ronaldo is a good-looking bloke! There’s no doubt about that.

But is he 100% natural? Does he only have high-end moisturiser and bi-weekly haircuts to thank?

Well, according to Spanish reports, which have been picked up by The Sun, Ronaldo may have had a nose job.

We are not sure if we believe these rumours.

Then again, he is much prettier than he was as a youngster at Manchester United!

Has time been kind? Or has money been invested? What do you reckon?