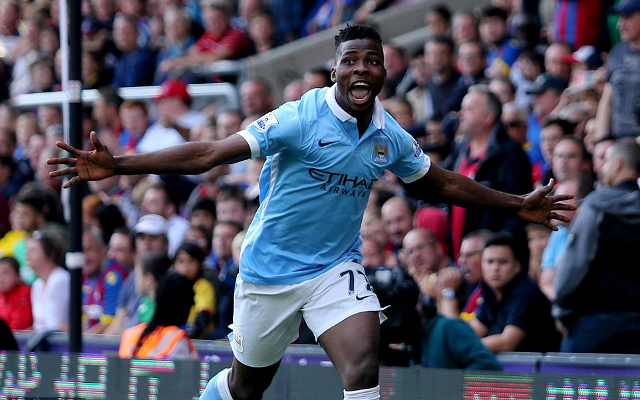 Manchester City wonderkid Kelechi Iheanacho is confident that he can do enough to earn a regular starting place alongside Sergio Aguero at the Etihad Stadium.

The teenage frontman—a rare successful graduate from City’s Elite Development Academy—has impressed in patches so far this season, but is yet to truly convince that he is ready to lead the line for the Citizens.

He stole the show against Crystal Palace earlier in the campaign when he scored the winner within a minute of coming on, before shining against the same opponents in the Capital One Cup in October.

Iheanacho shone once again in the league cup in the quarter-final this week, finding the net against Hull City shortly after entering as a substitute.

However, despite his momentary excellence, the 19-year-old has only managed one goal in nine Premier League outings so far this term, and is clearly still learning his trade.

While Aguero’s recent injury allowed the youngster to earn some playing time alongside Wilfried Bony, the Argentine forward’s return may limit the wonderkid’s playing time.

However, speaking to the Mirror, the forward has expressed his confidence that he can establish himself in the first team alongside the South American superstar.

“You need to be a good player to play with Sergio in the team, so I am working hard to show I can,” the Nigerian began. “I am just coming up as a young player, so I am not worried – one day I will start playing regularly for the team.

“There are plenty of good players in the EDS, and I feel like I am flying the flag for them – they can all do what I am doing.

“Playing with superstars makes the game easier for you. They always make the right decision.”