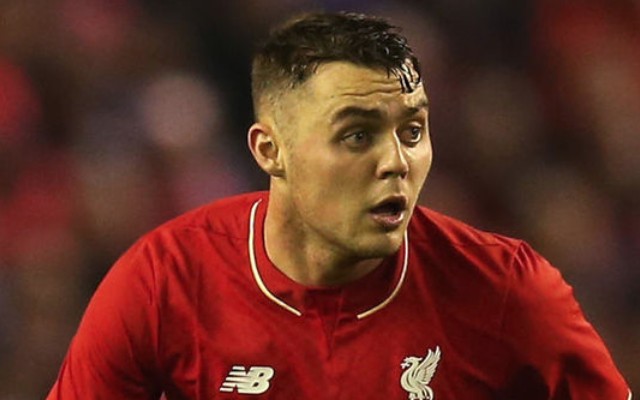 Liverpool manager Jurgen Klopp has indirectly hinted that 20-year-old defender Connor Randall may be given his Premier League debut as a starter in Sunday’s trip to Newcastle United.

Randall, who wears no.56 on the back of his shirt, made his second senior Reds appearance on Wednesday night as a much-changed Klopp XI smashed Southampton 6-1 at St Mary’s Stadium in the Capital One Cup.

Speaking to the media on Friday, Klopp suggested that he could stick with the players who started in the demolition of Southampton, giving them a chance to replicate their heroics at St James’ Park.

If Klopp does use the same XI at Newcastle as he did against Southampton, Nathaniel Clyne’s run of league starts would come to an end.

Right-back Clyne is one of three Liverpool players who have started in all 14 of their BPL fixtures this term.

Goalkeeper Simon Mignolet, who was replaced by Adam Bogdan in midweek, and star centre-back Martin Skrtel have been Liverpool’s other ever-present players.