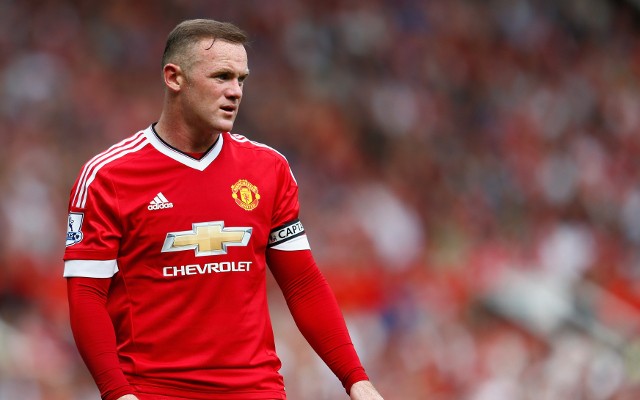 Manchester United striker Wayne Rooney has been ruled out of his side’s Premier League clash with West Ham United on Saturday due to an ankle injury.

United boss Louis van Gaal confirmed the issue on MUTV, as reported by Sky Sports, as he conceded that the problem was “more heavy than we thought” and described it as a “nasty injury”.

“Wayne’s is a nasty injury. When we go on it’s been getting worse. We have to let him train to make the ankle stronger, that’s very important..

“I cannot say [how long he’ll be out] because the doctor shall decide that with Wayne of course. He is training well in the rehabilitation.”

It will be a blow for the Dutch tactician having been criticised heavily so far this season for the lack of attacking threat and invention that his side have shown, and Rooney’s absence will arguably make that even more difficult.

Nevertheless, the 30-year-old has also struggled so far this season and so it remains to be seen how United adjust in his absence, with Van Gaal likely to rotate his personnel.

It adds another fitness headache for the United boss though, as Marcos Rojo was also ruled out of this weekend’s game with a shoulder injury that he sustained in midweek.

The Argentinian international could face a significant spell on the sidelines as it is reported that it is the same shoulder that he injured last season, according to The Independent, which kept him out of action for four weeks.

While Van Gaal will likely switch Daley Blind over from centre-half to left back in his absence, it remains to be seen what he decides to do to make up for Rooney’s presence in the final third as he searches for support for Anthony Martial.