Manchester City were played off the park by Stoke City as they suffered a 2-0 loss at the Britannia Stadium this afternoon which could raise questions over their status as Premier League title favourites.

The Citizens were without injured trio Vincent Kompany, Yaya Toure and Sergio Aguero, and were well beaten as Marko Arnautovic scored twice in the opening 15 minutes for the outstanding Potters.

The only thing separating the Citizens from an absolute battering by making a couple of good saves, although himself shaky at times. Clearly does not have confidence in the defence in front of him.

Allowed Marko Arnautovic to get in front of him for the first goal. Was otherwise lucky that much of Stoke’s threat came down the opposite flank on a torrid day for the whole of City’s back four.

Looked like a Sunday League defender trying to keep up with the pace and trickery of Stoke’s attackers. Has been a good servant for City but is now a liability and Kompany’s return can’t come soon enough.

More comfortable in a physical battle against a target man, but simply could not cope with the movement of Stoke’s fluid front four. A million miles away from a £32m player – fee reported by BBC Sport. 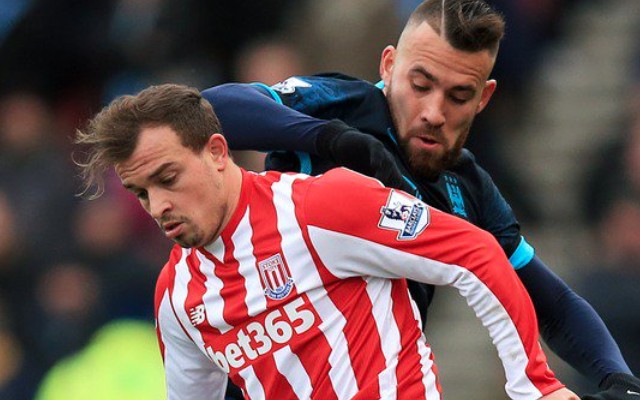 The outstanding Shaqiri ran riot down the Stoke right but Kolarov was one of City’s best attackers. Had a shot which struck the post late in the first half – pretty much as close as the visitors came.

Has been one of City’s most consistent performers this season but even he could not help them get a grip on the game. He was substituted before the hour mark but was no worse than any of his colleagues.

Offered his defence very little protection and Stoke often got a free run at the City back four when counter-attacking. Came off injured after 75 minutes to leave his side with only 10 men. 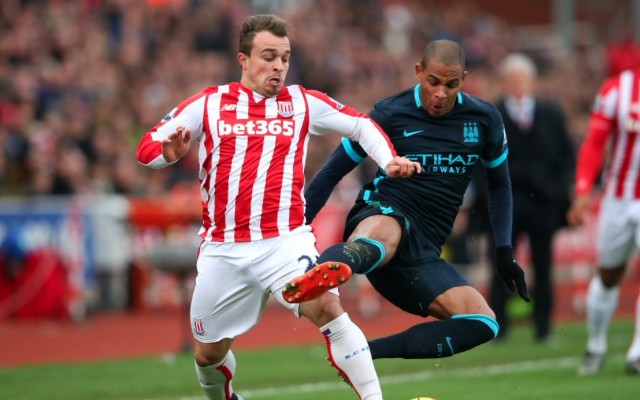 Completely anonymous in the first half and lacking an end product in the second when he did get a few chances to run at the Stoke defence. A result and performance Liverpool fans would have loved.

Making his first league start since the first week of October, the silky Spaniard was not at the races this afternoon but can perhaps be given leeway due to his lack of match fitness. Saved the last half an hour.

Certainly City’s best outfield player. It did not work out for the Belgian today but his effort could not be questioned. He tried to get on the ball and create things, but he could not pick a final pass today.

Had little service but his movement was poor and he could have offered more of a presence to occupy the Stoke defence. Hooked on 58 minutes for a teenager – a sign of a lack of faith from Manuel Pellegrini.

Likely to get a run in the team because of Fernando’s second-half injury. He badly needs minutes.

Pellegrini clearly fancies the lad as a talent but it was too much to ask for him to make a difference today.

Came on for Silva but was never going to be enough to inspire a lacklustre City to a comeback.