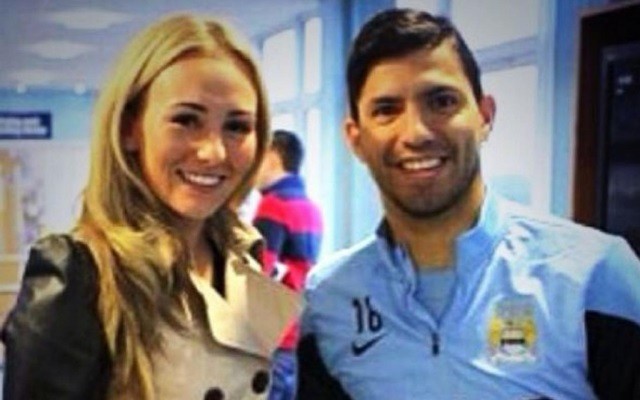 With Sergio Aguero crocked, Wilfried Bony and Kelechi Iheanacho have been tipped to replace him as Manchester City’s leading man.

However, maybe Manuel Pellegrini should turn to Kun’s rumoured girlfriend and Manchester City ladies star Toni Duggan…at least it this clip is anything to go by.

In the shot, which comes from Manchester City’s advent series of videos, Duggan is asked by an unseen cameraman to knock a Christmas pudding out of the net of one of the goals at the Etihad Stadium.

The cameraman aims to take the pressure off Duggan by letting her know that she can take as many shots as she needs to knock the festive gateau out of the net.

The 24-year-old striker, looking a little worse for wear and wearing a Sky Blue headband and an outrageous Christmas jumper, managed it first team—nailing the poor pudding with a perfectly struck shot.

With finishing like this, surely Duggan could step in and replace Aguero!?

Check out the rest of the clip, in which her and her Manchester City ladies teammates are seen showboating at various venues across the Citizens’ expansive club complex.