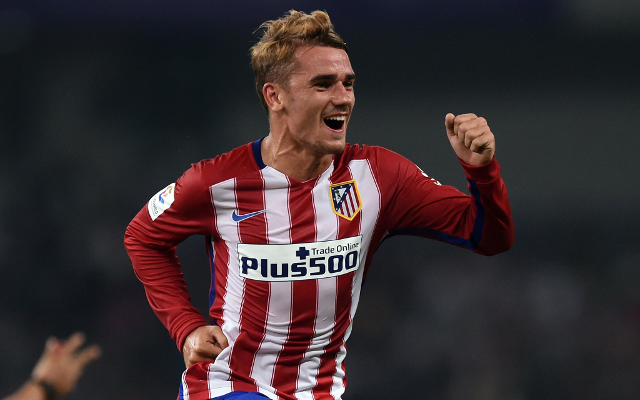 Antoine Griezmann displayed the qualities that he could bring to any one of his rumoured Premier League suitors with a superb goal in Atletico Madrid’s 2-0 victory over Granada this evening.

The Frenchman sealed Atletico a fourth straight La Liga win with their 77th-minute second, cleverly dummying a pass infield before emphatically finishing from an Oliver Torres through pass.

Griezmann now has 12 goals this season for club and country, building on his outstanding tally of 25 in his debut term at Madrid after his £24m arrival from Real Sociedad – fee report by the Daily Mail.

His form at the Vicente Calderon has earned the attention of Europe’s biggest clubs, with the Metro reporting in October that ailing Chelsea have made the 23-year-old their transfer priority.

More disappointing results such as tonight’s 1-0 defeat to Bournemouth may force the Blues into the market in January, and Griezmann would provide them with an X factor that they currently lack.

Captain Diego Godin’s thumping first-half header put Atletico on their way against Granada. Victory takes them back above Real Madrid into second in the table, a point behind leaders Barcelona.