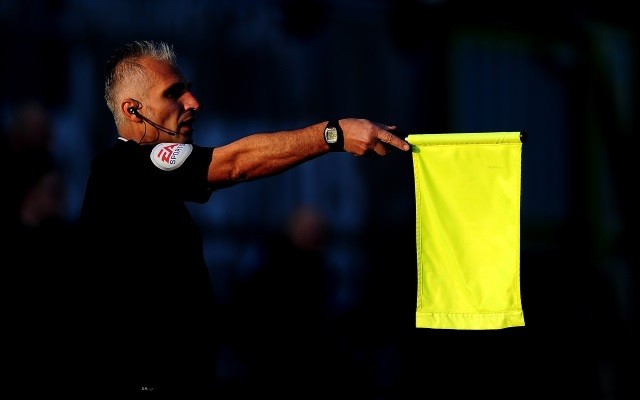 Typically, it’s footballers who receive bad press for simulating, diving, and attempting to con the referee.

However, in this rare footage from the Chilean championship, Caught Offside have uncovered the world’s first simulating linesman.

A match between Huachipata and Palestina was paused when this touch judge went down theatrically after receiving a light blow to the thigh with the ball.

The linesman initially appeared to fall clutching his crotch—a posture not dissimilar to Hans Moleman in his famous short ‘Man getting hit by football’—before seemingly turning his attentions to his thigh, and rubbing in anxiously while simultaneously eyeing around for attention.

The linesman Carlos Echeverria will surely be ashamed by his actions after this embarrassing episode.

While it remains to be seen whether the Oscar-winning performance will be punished, Angelo Sagal—the player who flicked the ball at Echeverria—received a straight red card for his actions.

Is there any justice in this world?