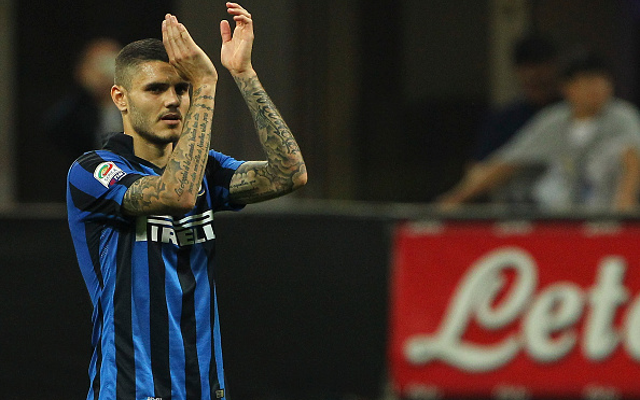 Arsenal are reportedly set to make a second bid for Inter striker Mauro Icardi with a view of signing him in the January transfer window.

While the Gunners had been expected to face competition from Chelsea for the signing the Argentinian international, Arsene Wenger’s side have been linked with making an improved offer after initially having a £28.8million bid rejected by the Nerazzurri, as reported by the Metro.

However, even though it is claimed that Arsenal could wait until the end of the season to make their new offer, the French tactician is believed to be desperate to sign Icardi even though he has struggled to score goals so far this season.

Having initially impressed with Sampdoria, the 22-year-old enjoyed a successful season last year for Inter as he scored 22 goals in Serie A.

In contrast, it has been a completely different story for the striker this season despite the fact that Inter are top of the table having won 10 of their first 15 games, as Roberto Mancini’s side have struggled to score goals in general.

The league leaders have the worst goal tally of the top six sides in Italy’s top flight, and a part of that issue has been a lack of service to Icardi who has scored just four goals in 12 appearances. In turn that has led to some frustration on the striker’s part, even though Mancini has remained calm on the situation, as reported by Goal.com.

Whether or not the former Manchester City boss would consider selling his prized asset remains to be seen, but all doesn’t seem to be well at the Stadio Giuseppe Meazza at this time.