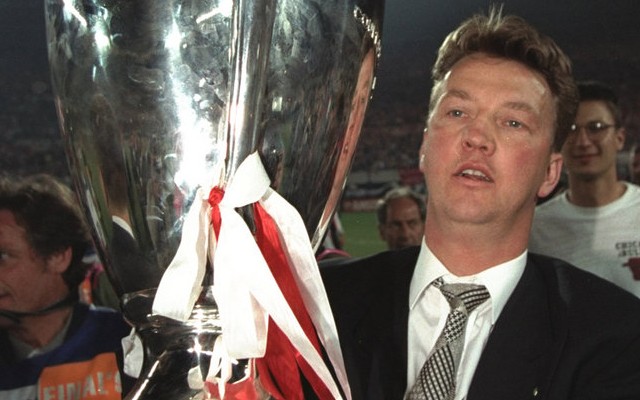 Louis van Gaal has suggested that Manchester United will not be good enough to win the Champions League until they invest heavily again next summer.

The Red Devils, held to a 0-0 home draw by West Ham United yesterday, must beat Wolfsburg on Tuesday to guarantee progress to the last 16 in Europe.

Even if United get the job done in Germany, Van Gaal does not think that he has the squad to compete deep into the tournament, but hinted that he might do next season.

“I don’t think that we are able to win the Champions League now. Maybe next year when we strengthen our selection again,” Sky Sports quotes Van Gaal as saying.

“But now we have to come as much as possible and maybe we can beat everyone, that I am sure. And we have proven that already, also in the Premier League.

“But normally we are not good enough to win the Champions League. You can win, and when we are there we shall try to do everything but you also have to be realistic.

“I’m happy with my squad now but we can strengthen the selection still in [certain] positions, for example the left-back position is not so [well] covered.”

Although acknowledging that United are not among Europe’s top clubs may hurt the Old Trafford faithful, Van Gaal’s words actually hold a great deal of promise.

The Dutchman has practically admitted that the club will be busy in the transfer market again next summer following £260m worth of signings since his arrival – sum reported by the Daily Star.

According to The Sun, Van Gaal will be handed a £200m war chest next summer, with Real Madrid duo Cristiano Ronaldo and Gareth Bale as well as Barcelona superstar Neymar on his shortlist.

Sign one of those and United may not be far away from being Champions League contenders next term.