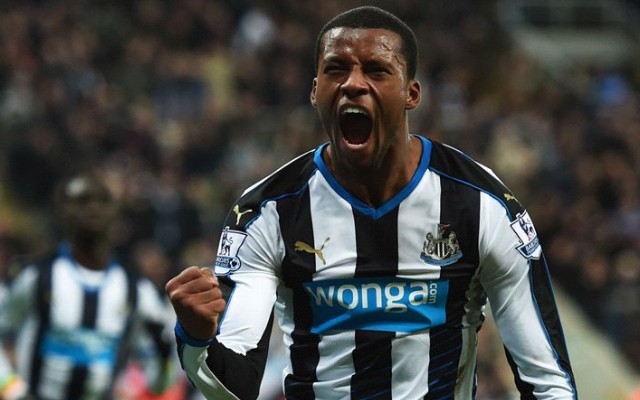 Liverpool failed to close the gap on the Premier League’s top four as they fell to a surprising 2-0 defeat to relegation-threatened Newcastle United at St James’ Park this afternoon.

Liverpool lost 2-0 to struggling Newcastle in what was arguably their worst performance under Jurgen Klopp.

The assistant cost us though, as Alberto Moreno had a perfectly good goal incorrectly ruled out for offside which would have seen us draw level.

Georginio Wijnaldum scored for the Toon in the second half, although it could go down as a Martin Skrtel own goal after the Slovakian deflected the Dutchman’s tame shot past Simon Mignolet – who could do nothing about it.

The same player finished us off in injury time, chipping the ball over Simon Mignolet when Liverpool were throwing players forward in search of an equaliser.

In truth though, we didn’t deserve anything from today.

The performance and result will really deflate Liverpool fans and players alike following a run of seven wins in our past eight matches.

Jurgen Klopp made six changes from the side that demolished Southampton midweek, which in hindsight, was probably too many. Liverpool lacked spark, guile and the whole thing felt pretty flat.

Coming off the back of the 6-1 Southampton thrashing, Liverpool were heavy favourites, but failed to produce any real moments of class against a feisty Newcastle outfit.

Daniel Sturridge and Divock Origi, who scored five between them in that game, were left on the bench, but their replacements Christian Benteke and Roberto Firmino were woeful. The Brazilian especially blew cold, and has struggled without Coutinho in the side.

Up top, Benteke and Firmino, despite costing us £60m combined in the summer – struggle to link up. Benteke wants direct service and isn’t adept at playing the neat one-twos Firmino craves.

The first-half was a drab affair, with Jordon Ibe the only real Liverpool bright spark. Roberto Firmino showed some nice touches but it was the 19-year-old, playing his last game as a teenager, who was the player most prepared to take risks. He loses defenders effortlessly, and if Benteke, who missed a guilt edged chance from six yards out, had been equally as sharp, Liverpool would have taken an early lead.

Newcastle played a deep defensive line with Steve McClaren desperate to secure at least a point, and they troubled Liverpool occasionally on the counter attack.

Sturridge came on at the hour mark, but missed our best chance when he fired wide on his right foot. If it had been on his left, you’d expect the ball to find the bottom corner.

Lucas, Joe Allen and James Milner were not sufficiently creative in the centre of the park, and in truth – we badly missed Coutinho. Our best player has not played since the hamstring injury he picked up against Manchester City, and judging on today’s performance, we badly need him back.