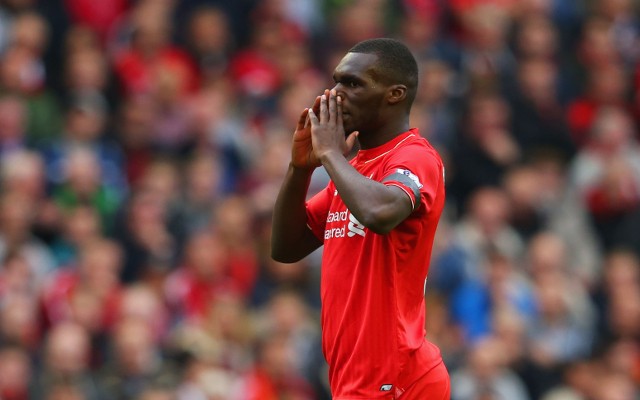 Christian Benteke was given the nod up front by Jurgen Klopp for Liverpool’s trip to Newcastle United this afternoon, and was guilty of a horrible miss during the first half at St James’ Park.

The Belgian, preferred to Daniel Sturridge and Divock Origi as Klopp left five midweek goals on the bench, scooped over the crossbar from inside the six-yard box when it seemed easier to score.

Benteke, who has scored five goals in 14 games since his £32.5m arrival from Aston Villa – fee reported by BBC Sport, was rested for the 6-1 thrashing of Southampton in the Capital One Cup quarter-finals.

Sturridge, on his first start under Klopp’s management, bagged two in a 60-minute cameo and hat-trick hero Origi netted his maiden three goals for the Reds, and yet both are only substitutes on Tyneside.

Understandably, Klopp may be wary of pushing his luck with Sturridge, who has played only five times since April because of a succession of injuries, but Origi must feel harshly treated to have been left out.

One or both may be called upon from the bench in the second half as the scores remained goalless going into the break, with Newcastle giving as good as they got despite their poor recent form.