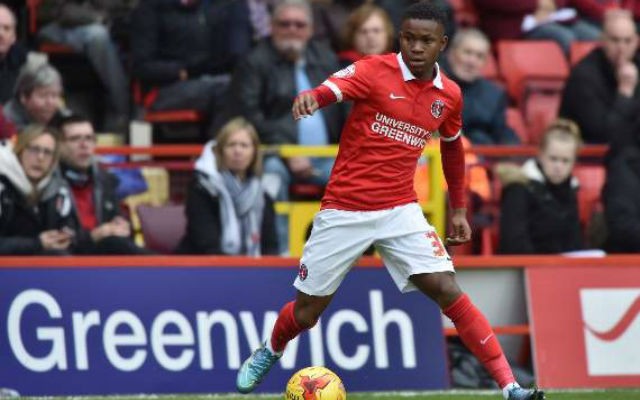 Premier League giants Arsenal, Chelsea and Manchester City are all said to be making admiring glances at Charlton Athletic striker Ademola Lookman, according to the Daily Star.

The top flight trio, along with fellow London giants Tottenham, all sent scouts to see the 18-year-old bag his first professional goal during Charlton’s 3-2 defeat to promotion chasers Brighton this weekend.

Liverpool have also been credited with an interest in the teenager, despite the player only making his debut for the Addicks last month.

He has so far made five appearances for Charlton’s first team, having impressed with 16 goals for the side’s under-18s and under-21s this season.

However, having joined from Waterloo FC in 2014, Charlton are looking to extend his stay at The Valley and are preparing to offer him a new deal.

But The Star also claim that Man City are keen to sign the teenager in the new year before loaning him back to Athletic for the remainder of the campaign.