Chelsea youngster Charly Musonda has caused quite the stir in west London this week.

Over the weekend it emerged that the Belgian had been linked with moves to both Manchester United and Manchester City having grown frustrated with the bit-part role he’s been made to play during his time at Stamford Bridge.

He had signed a new four-year extension to stay with Chelsea back in March, but has since been unable to establish himself in the Blues first team, and is still not even training with Jose Mourinho’s match day squads.

Having rejected a loan move to Vitesse Arnhem in the summer, Musonda looks likely to make some sort of transfer in January, having failed to break into a Chelsea side that is battling relegation.

And on Sunday night, the midfielder posted an image to his Instagram page suggesting that he is set to move out on loan in the new year.

However, he quickly deleted the image as no deal has been confirmed as of yet, but judging by what he’s written it seems that he has permission to look for a short term exit in January. 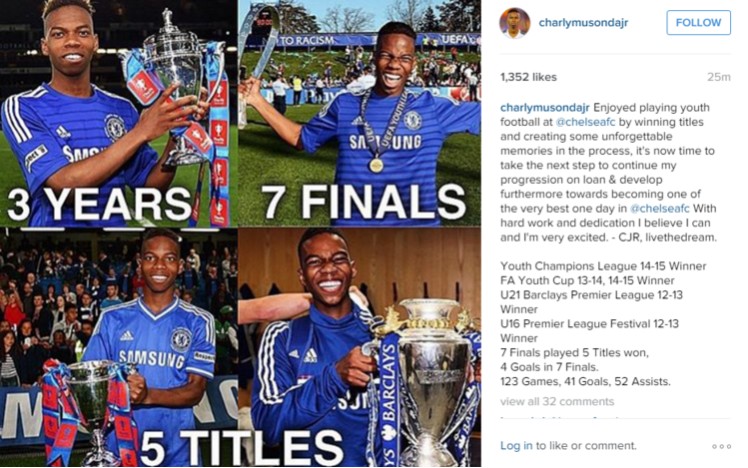