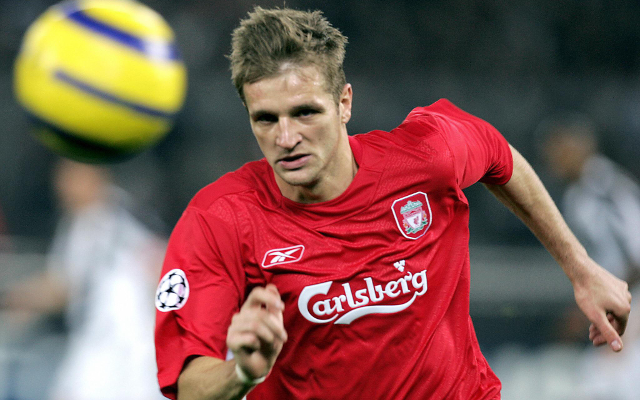 Former Liverpool midfielder Igor Biscan has been slapped with a three-month suspended sentence following a sickening attack on a taxi driver in his native Croatia, according to the Daily Express.

He has now been being found guilty of causing bodily harm following a violent attack on a taxi driver after a disagreement in his hometown of Zagreb in back January 2010.

He had been arguing with two men who were attempting to tow away his Mini Cooper after it was parked in a taxi rank.

And one of the drivers, Dragutin Zrne, intervened, but following a ‘verbal clash’, Biscan is said to have headbutted the man and punched him in the head and on the shoulders, leaving him with a cut above his eye and swelling to the rest of his face.

This is not the first time Biscan has been involved in an assault charge, having been cleared twice in the past after claiming self defence.