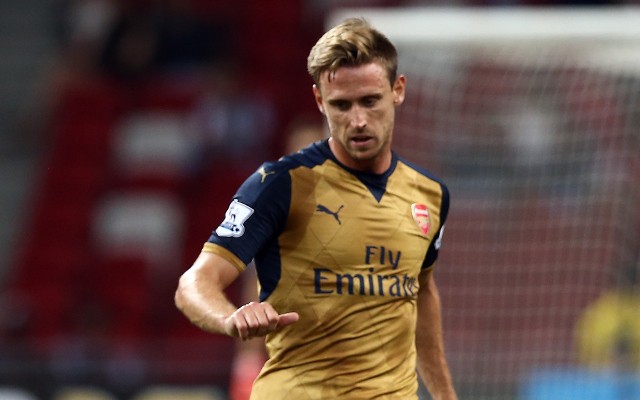 Nacho Monreal has an eye for the ball and has been a reliable defender for Arsenal for several years now, but perhaps his best footwork he saves for the comfort of his own home – or more specifically, his refrigerator.

In a video he posted on Twitter, Nacho notices an orange on his kitchen floor and quickly takes control of it with his feet, flicking it into a shelf in his fridge where all of the other oranges are before winking back at the camera. Nacho captioned the video “Thank god for looking after my back”

But don’t take our word for it, see for yourself.

Thanks god for looking after my back???????? pic.twitter.com/6xmcrNE0k3

Nacho joined Arsenal on a transfer from Malaga in the January 2013 transfer window and scored his first (and to date only) league goal for the Gunners several weeks later against Swansea City. Since the 2015-16 started he has made all 15 starts and played every minute for the Gunners in the Premier League and three full Champions League fixtures.