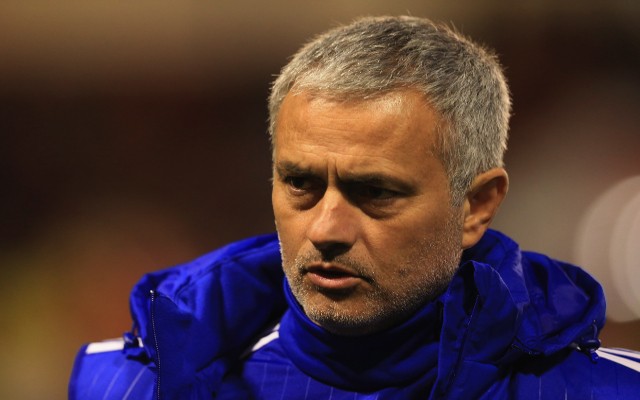 Gabriele Marcotti has insisted that Chelsea don’t want to part company with Jose Mourinho, but if results don’t pick up this week, it could be the end.

Speaking to ESPN FC, the Italian discussed the nature of the situation at Stamford Bridge, and alluded to the fact that he had heard that the Portuguese tactician would be given until December to turn things around.

Given that we are now in December, and Chelsea are still 14th in the Premier League table having lost eight of their 15 games so far this season, it is certainly coming close to crunch time for the ‘Special One’.

However, there has been no indication as of yet that the club are ready to make an imminent decision on his future, with clashes against Porto and Leicester City in the next seven days likely to be decisive.

Marcotti is adamant that if the Chelsea hierarchy believe that the season is becoming a “write off”, then they will act and make a change in order to salvage something from the campaign.

The reigning Premier League champions currently sit 14 points behind fourth-placed Manchester United, and so while their title ambitions have all-but disappeared, so has their objective of at least reaching the top four and thus qualifying for the Champions League next season.

As a result, if Mourinho can’t guarantee a spot at Europe’s top table next season, then the club may well be forced into considering their options despite the lack of viable alternatives currently available.

Pep Guardiola’s contract with Bayern Munich expires at the end of the season, while Carlo Ancelotti has previously stated that he would prefer not to join a side in the middle of a campaign as The Express claim that the Italian has appeared on Manchester United’s shortlist for next summer.