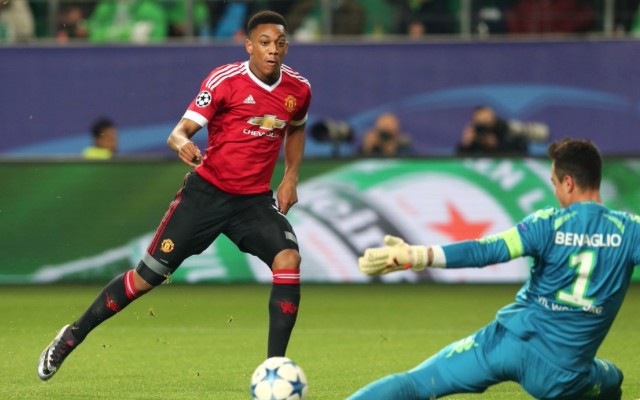 On a night when Manchester United have to win to keep their Champions League fate in their own hands, Louis van Gaal’s Red Devils made an ideal start.

It took the English side less than 10 minutes to break the deadlock in their crunch clash with Wolfsburg in Germany as Anthony Martial kept calm after being played in by Juan Mata’s delicious through pass.

Wolfsburg must have been stunned by the early success of United’s attack. After all, this is a side that has failed to score in five of their last nine games in all competitions.

If United beat Wolfsburg tonight, LVG’s men will finish top of Champions League Group B and qualify for the next round as top seeds.

However, if they fail to win, United become very vulnerable and will go out of the competition if PSV Eindhoven beat CSKA Moscow.

Vieirinha then put Wolfsburg ahead on 29 minutes, finishing off a fine team move, in which Julian Draxler was the star man.

United thought they were level on the stroke of half time, but Jesse Lingard was controversially denied a goal by an offside flag.