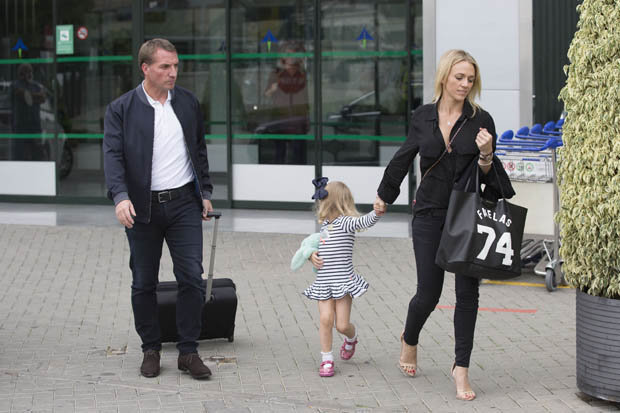 Recently deposed ex-Liverpool manager Brendan Rodgers has agreed an out-of-court settlement with his estranged wife Susan following the breakup of their marriage.

A judge has been informed that the pair have agreed a settlement, rather than go before the judicial authorities in a family court [Daily Mail].

According to Rodgers’ lawyers, the disputing couple had a private hearing at London’s Central Family Court at the beginning of the week and have agreed a financial compromise.

While the details of the agreement between the pair are yet to be revealed, Rodgers is understood to have agreed to pay monthly maintenance to his wife, with whom he spent 12 years, until their separating in 2014.

In recent years, Rodgers has been dating leggy blonde Charlotte Hind, who was pictured at Anfield earlier in the year, before the Northern Irish coach was axed by the Reds.

While the former Reading manager has been out of work following his dismissal from the Merseyside heavyweights, report indicate that he may soon make a return to the Premier League, with Swansea keen to appoint Rodgers as a replacement for Garry Monk.