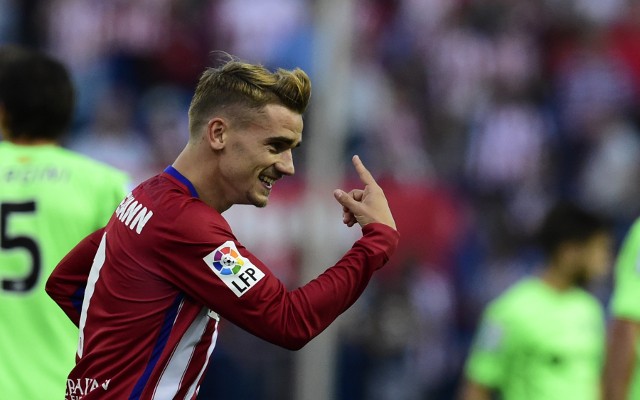 Atletico Madrid star Antoine Griezmann has insisted that he is happy with the club and is not interested in a move elsewhere.

As reported by The Guardian, speculation had suggested that Chelsea boss Jose Mourinho had made the French international his main transfer target for the January transfer window.

With the reigning Premier League champions struggling to defend their crown having lost eight of their first 15 games of the season, the Portuguese tactician is seemingly in desperate need of bolstering his squad and adding goals which have been hard to come by this year.

It is claimed by The Guardian that Chelsea made enquiries in the summer about the former Real Sociedad man, but Griezmann has made it clear that he is happy in Spain where he has played his football since he was 14.

“I do not feel the need to play in Ligue 1, nor in the Premier League or in Serie A,” he said on the Canal Football Club. “I am in Spain – I’m happy. Life here, football, I like it all.”

The 24-year-old scored 22 goals last season as he continues to be a crucial part of Diego Simeone’s plans at Atleti, while he also signed a new contract with the club which features a £43m buy-out clause.

Having already scored seven goals this year, neither the Frenchman nor the Spanish giants will likely want to disrupt his development into one of the best players in Europe, and so that will leave Chelsea disappointed in their pursuit of him.

Nevertheless, if they are serious about the signing, then a £43m bid would activate the clause and force discussions, and then it may well be down to testing the resolve of both the player and club.