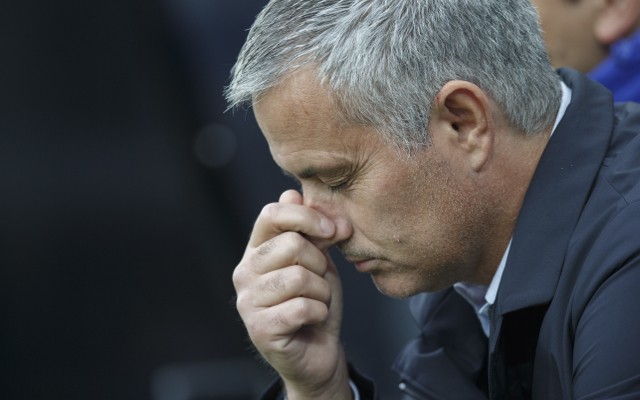 Jose Mourinho, under-pressure at Chelsea, is learning who is friends are in this difficult time.

And according to comments made by Blues great Ray Wilkins, the ex-England midfielder isn’t one of them!

Wilkins has further heaped the pressure on Mourinho by insisting both that the Portuguese manager is only holding onto his job because of his past glories, and that the end could be nigh for the under-performing coach.

The ex-Real Madrid and Inter Milan manager is overseeing a miserable campaign at Stamford Bridge, where Chelsea have lost a whopping eight matches out of their 15 to date, winning only four. They currently sit 14th in the Premier League table—unthinkable for the reigning champions—and have amassed only 15 points.

The Pensioners’ own progression in Europe’s premier club competition will be decided this week when they meet Mourinho’s former club FC Porto, knowing that they could be dumped out of the competition if they lose to the Portuguese side and if Dynamo Kiev beat Maccabi Tel-Aviv.

“Any other manager would have gone, there are no two ways about it. Mourinho is only still there, purely and simply, for what he’s done in the past,” claimed Wilkins to beIN Sports [as per the Mirror].

“The big thing for Mourinho is Europe, he loves the European competition and Abramovich just adores it, so if they lose against Porto, then he could be on his way.