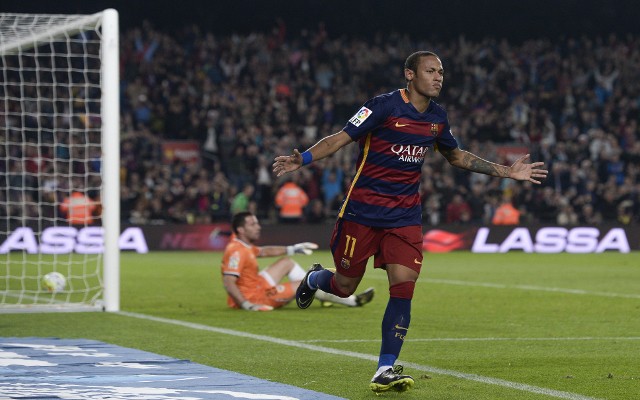 United boss Louis van Gaal is claimed to have a £200m transfer war chest to spend and improve his squad in the coming months, although if reports are to be believed he is ready to use most of it on the Brazilian superstar.

According to The Telegraph, neither Barcelona nor Neymar are currently interested in a deal, but that hasn’t stopped United from trying to change their mind with a staggering offer.

While from a Barca point of view, the transfer fee involved would help solidify their financial position, it would make little sense from a sporting perspective given the success that the 23-year-old has enjoyed in an attacking trident alongside Lionel Messi and Luis Suarez.

Having secured a treble-winning season last year, the Catalan giants are in the hunt for several pieces of silverware again this season and the trio continue to lead their charge.

As a result, United may be forced to consider other options and look elsewhere, with the Telegraph also reiterating that Real Madrid duo Cristiano Ronaldo and Gareth Bale remain on their shortlist.

In addition, Tottenham striker Harry Kane is also on their radar, with The Daily Star suggesting that the Red Devils could be preparing a £50m for the England international.

Goals have been a real issue for United so far this season, as they have scored just 20 in 15 league games. With a decisive Champions League tie against Wolfsburg on Tuesday night, the pressure is on Van Gaal to get results on the pitch. If the Dutchman fails, then the club may well be forced into action in the market next month to ensure that they remain in the hunt for a Premier League title at least.