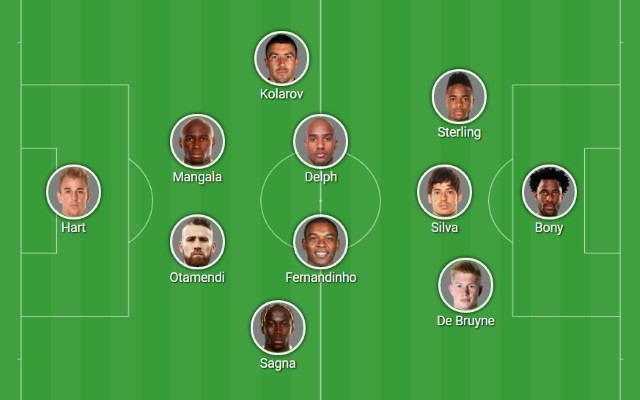 Manchester City are guaranteed a spot in the Last 16 of the Champions League, and unlike they’re city rivals United, they’re playing for top spot, rather than just for a place in the knockout rounds.

However, the Citizens have often found it tough when drawn against seeded teams in the second round, and they will be hoping to end the day as group winners, even if it would require Sevilla to defeat Juventus at home.

City will need to beat Gladbach to top the group, and hope that Sevilla’s motivation to secure a Europa League spot is enough to help them get a result against Juventus.

If they are to stand any chance of this, the Sky Blues will need to improve dramatically on their miserable showing away at Stoke City on Saturday, when they fell to an unexpected 2-0 defeat.

City are facing no shortage of injury concerns ahead of Tuesday’s clash, but here’s our predicted Manchester City XI vs. Gladbach. 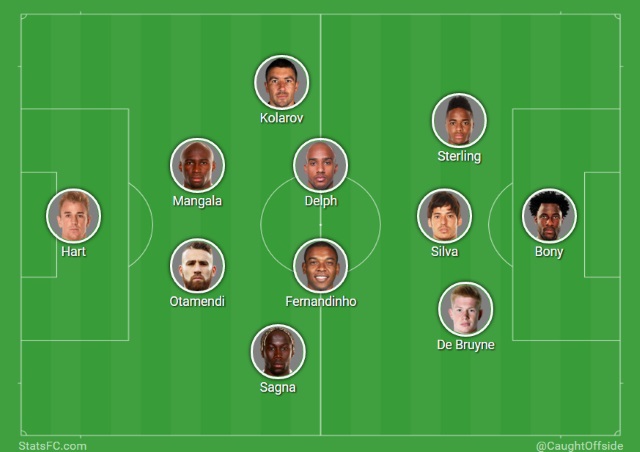 Vincent Kompany has been missing for some weeks with a calf injury, and without him, the centre of defence has looked far from stable. Martin Demichelis is doubtful for Tuesday’s match, meaning that Manuel Pellegrini will likely opt for the unconvincing duo of Nicolas Otamendi and Eliaquim Mangala in the heart of the defence.

Aleksandar Kolarov—one of City’s better players in recent weeks—will start ahead of Gael Clichy at left back, while the ageing Bacary Sagna will start on the right in the absence of the injured Pablo Zabaleta.

Fit-again Joe Hart will continue between the sticks.

In midfielder, both Yaya Toure and Fernando are doubtful, meaning that Fernandinho may well be partnered by Fabian Delph—who would be making his first start in the Champions League.

In the absence of Samir Nasri, the creative trio of Raheem Sterling, Kevin De Bruyne and David Silva should be uncontested in the attacking roles behind the central striker, although the last of these has only recently returned to fitness and looked off the pace against the Potters.

In attack, Sergio Aguero is again set to miss out through injury, leaving Ivorian frontman Wilfried Bony as the club’s only recognised hitman. The 2015 Cup of Nations winner appeared to be a square peg in a round hole against Stoke, and it’s easy to imagine Pellegrini regretting his decision not to register Nigerian wonderkid Kelechi Iheanacho for the Champions League.