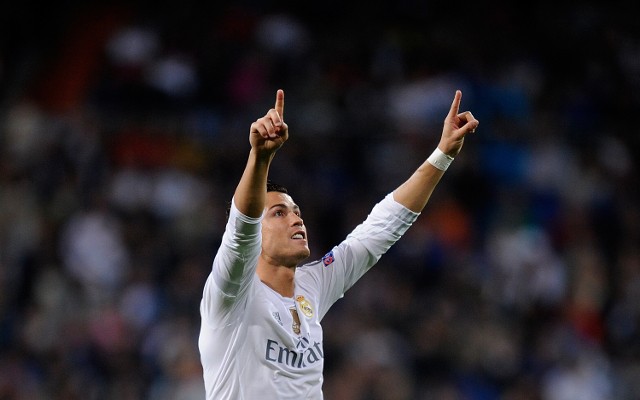 We witnessed an absolute mauling at the Santiago Bernabeu this past Tuesday night, with Real Madrid running riot over Swedish side Malmo in their last Champions League group stage game.

Rafa Benitez’s Galacticos were dominant right from the first whistle and soon opened the scoring. Karim Benzema grabbed the first goal, with the Madrid striker’s positioning seeing him rewarded when an Isco shot was cleared off the line. The Frenchman had a relatively simple finish when the ball fell kindly at his feet, and after just 12 minutes the home side were ahead. 1-0.

Benzema doubled his and Madrid’s tally shortly after, powering a header past the keeper after an excellent Cristiano Ronaldo cross. The Malmo keeper had absolutely no chance, as the 27-year-old’s effort was right in the top corner. 2-0.

Although he could do nothing for the second goal, he certainly could have done more to prevent the third. Cristiano Ronaldo had spurned a couple of good chances, and his relatively tame free kick looked like it was going to be another opportunity wasted. The keeper let the ball slip past him though, and saw it bounce awkwardly under his outstretched arms and into the back of the net. 3-0.

You’d be forgiven for thinking Ronaldo wasn’t in the best form, as he somehow contrived to shoot over the bar from a few yards out after a mazy Isco run. It seemed easier to score than miss, but what came after put any doubts about his form out of mind.

The Portuguese star grabbed his second goal of the night shortly after the restart, gifted a tap in after a nice attacking move. 4-0.

He then scored his hat-trick – a recording breaking hat-trick at that – sneaking the ball under the keeper with a venomous strike. 5-0.

His third of the night saw him set the record for most goals scored in a Champions League group stage, breaking the previous record – held by him – by scoring ten.

He wasn’t done there though, and he then scored his fourth of the evening after superb play from Benzema and Isco down the right flank. The ball was cut back for Ronaldo, and he redirected superbly into the goal. 6-0.

This extended his newly broken record too, with Ronaldo the only player to score 11 goals in a single Champions League group stage.

There was still plenty of time for promising young midfielder Mateo Kovacic to get onto the scoresheet (7-0), while Benzema was also able to complete his hat-trick. 8-0.

They’ve got to be considered among the favourites to go all the way once again this season, especially with Benzema and Ronaldo on this kind of form.

Absolutely nothing to do all evening, practically a spectator.

The defence had very little to do, but when called upon did well.

Rarely bothered by the Malmo defence, but like Pepe didn’t put a foot wrong.

A great attacking threat down the left, and had plenty of freedom to get forward as Madrid were constantly in possession.

A little wasteful on occasion, but offered some good width down the right.

Almost caught the keeper out with a fantastic long ranged strike, but other than that he was a ghost.

Took his goal well, and created a few chances from deep in midfield.

Possibly the odd one out in a fine attacking display, things just didn’t seem to go right for the Colombian.

Unlucky not to get among the goals, and made a number of great runs in and around the box. Also grabbed a couple of assists.

The Portuguese forward didn’t actually look at his best at all times, and missed a few fantastic chances. He broke records with his quartet of goals though, so you can’t really take anything away from him.

Three great goals and some great hold-up and link-up play. Pure class from the Frenchman.

Replaced Pepe and tried his best to get among the goals.

Came close on a couple of occasions.

Didn’t have long to make an impact, but possibly should have done better with one good opportunity.