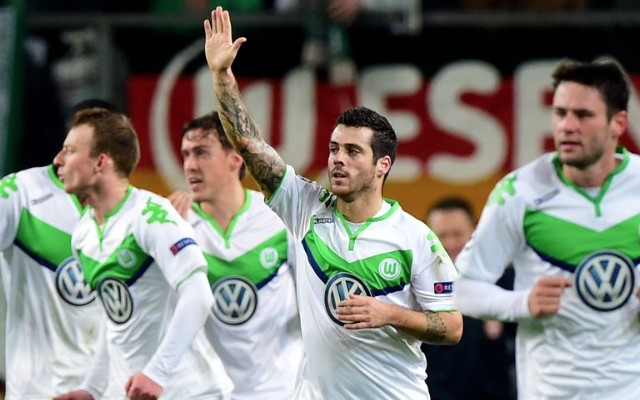 Manchester United were finally entertaining to watch on Tuesday night, but their attractive attacking football was not enough to keep them in this season’s Champions League.

Having failed to score in five of their last nine matches in all competitions, the Red Devils lost 3-2 to Wolfsburg, who finished top of Group B, while United were pipped to second place by PSV Eindhoven, after the Dutch side beat CSKA Moscow 2-1.

United started Tuesday’s match with their fate in their own hands. Louis van Gaal’s men knew that a victory in Germany would see them progress as top seeds.

It was still a tough task against an excellent Wolfsburg outfit, but Anthony Martial gave United the perfect start when he broke the deadlock on 10 minutes, finishing clinically one-on-one after racing onto Juan Mata’s fine through pass.

Within 20 minutes of Martial’s opener, United were behind. Brazilian centre-back Naldo scored his first of the night with a powerful volley, before Wolfsburg scored one of the finest team goals the Champions League has ever seen.

Julian Draxler was the star man as Wolfsburg dazzled United’s defenders with a stunning move. The former Schalke hero ran at the Red Devils’ backline, before playing a neat one-two with Max Kruse and then squaring to Vieirinha, who couldn’t miss.

United went into half time 2-1 down, but they thought they had drawn level just before the interval, only for Jesse Lingard to have his unorthodox goal disallowed due to Mata interfering in an offside position.

The equaliser did come eventually – in the 82nd minute – when Josuha Guilavogui deflected Marouane Fellaini’s tame header past his own goalkeeper.

However, United’s newfound parity was even more brief than their first-half lead had been. Two minutes later Naldo bagged his second of the night, heading past De Gea from close range.