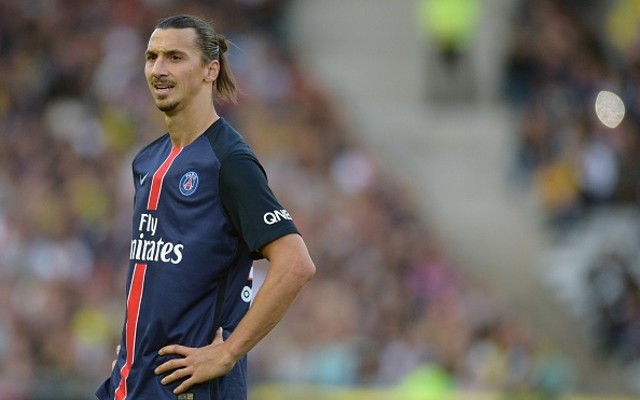 Zlatan Ibrahimovic proved once again why he’s being considered as a potential replacement for Diego Costa at Chelsea with a fine showing in Paris Saint-Germain’s Champions League 2-0 victory over Shakhtar Donetsk.

With PSG already guaranteed their spot in the Last 16, and certain to finish the group-stage campaign in second place behind Real Madrid, Laurent Blanc opted to shuffle his pack for this dead rubber.

However, while the likes of Lucas Moura, Benjamin Stambouli and Gregory van der Wiel were drafted into the side to replace the regulars, Zlatan—the figurehead of PSG—kept his place.

He was decisive in the opener on 57 minutes, contributing an assist for Lucas Moura to fire confidently past Anton Kanibolotskiy.

The Swedish superstar then doubled the lead—and rounded off the victory—in the 86th minute, when he demonstrated that age has not dimmed his lightning pace by tearing through the visiting defence and confirming the triumph with a well-placed shot.

The striker’s performance will only have come as encouragement for Jose Mourinho, who is understood to be considering 34-year-old Zlatan as a replacement for out-of-sorts Diego Costa, according to Don Balon.

The Spanish source note that the forward will be offered a considerable £215,000-per-week deal in order to sign for the Stamford Bridge side, although as yet, it’s not clear whether the Portuguese manager is keen to bring his former charge to the club in January—meaning he will need to pay a fee to PSG—or in the summer.