Beautiful model Cintia Vallentim has become the latest stunner to strip in public after making one ridiculous bet too many.

Miss Vallentim fell into a trap that befalls so many beautiful South American ladies when she agreed to take her clothes off in public if Palmeiras won the Brazilian Cup.

Sadly, unfortunately for Cintia—and fortunately for us—Palmeiras lifted the trophy, beating Santos on penalties, meaning that the beautiful Miss Valentim was forced to take her kit off and share the shots on social media.

In doing so, Vallentim was following firmly in the footsteps of famous Brazilian actress Maite Proenca, who was also forced to strip naked after Botafogo won the Brazilian title recently.

Check out these delicious shots of Vallentim during her…finest hour. 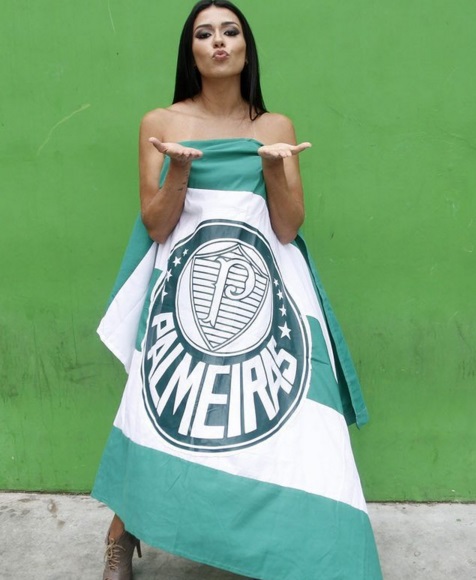