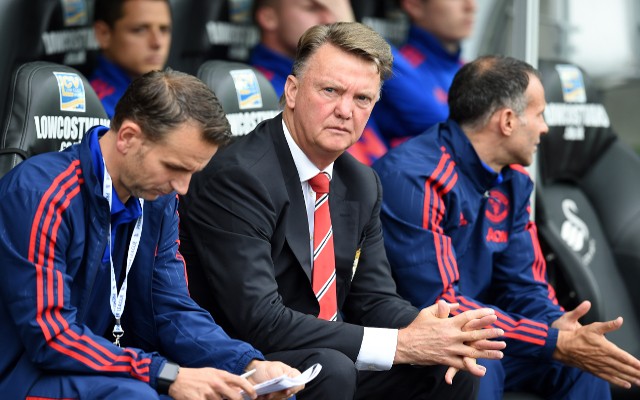 Rio Ferdinand has criticised Manchester United following their Champions League elimination and insisted that it’s embarrassing for Louis van Gaal’s side to drop into the Europa League.

Heading into the final round of fixtures, the Red Devils were away at last year’s Bundesliga runners up Wolfsburg, and needed to better or equal PSV Eindhoven’s result at home to CSKA Moscow.

Ultimately, United lost 3-2 after falling behind to a late Naldo winner, but even if they hadn’t conceded that effort inside the last ten minutes, they’d have still dropped out as PSV came from behind to defeat the Russian sides.

Speaking to BT Sport [via BBC Sport], Ferdinand insisted that it was ‘embarrassing’ for a club of United’s stature to drop into the Europa League.

“I was in a squad that went in the Europa League, it’s an embarrassment,” the legendary centre-back began.

“You don’t want to come out of your house, you don’t want to walk around Manchester, people looking at you and thinking you’re not good enough, questioning you as an individual, as a team who didn’t get through he group stages that you should of, on paper.”

United ended the campaign with eight points, four behind leaders Wolfsburg, and two behind PSV Eindhoven.

Of their six matches, they won two, drew two and lost two, but as has been the case in the league, their failings in front of goal—notably in the 2-1 defeat to PSV Eindhoven in September, the away draw at CSKA Moscow in October, and the home stalemate with the Dutch side in November.

Elimination will surely raise questions about whether Louis van Gaal truly is the right man to lead Manchester United, with the squad lacking the kind of panache and conviction that has characterised previous Red Devils sides.

Their failure in Europe may only compound the manager’s problems.