Arsenal forward Joel Campbell has had to wait long enough to finally get an opportunity in the first team, and now that he’s there he will do anything he can to stay there…even voting for himself to be Man of the Match.

Fans then had to help cast the vote by retweeting who they thought was most worthy of the award, and the Costa Rican international thought he’d help the process along by voting for himself. 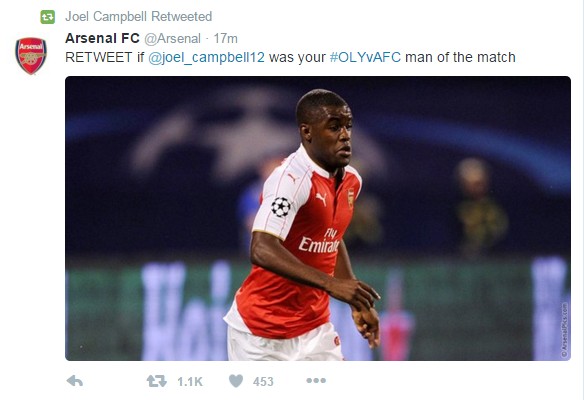