Once again, the folks over at Footy Headlines have managed to get their hands on a superb piece of leaked kit by revealing the first image of Manchester United’s new Thornton Heath inspired home shirt for the 2016/17 season.

Recently it had been revealed that sportswear giants Adidas are plotting a massive redesign of the club’s kit ahead of next season.

United were originally founded as Newton Heath LYR Football Club in 1878, the club changed its name to Manchester United in 1902 and moved to Old Trafford in 1910.

But rather than revert back to the club’s original green and gold colours, Adidas have instead opted to infuse two shades of red for the home strip, which is due to go on sale in June of next year.

Check it out below… 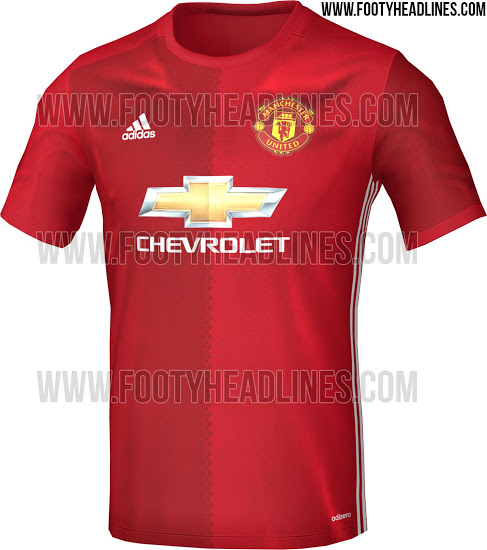