Arsenal goalkeeper Wojciech Szczesny is not a prolific Tweeter. In fact, he hasn’t said anything on the social media site for over two years…until now.

A picture began circulating last week of the Polish international posing for a photo with a woman in a black dress with a rather…noticeable wardrobe malfunction. 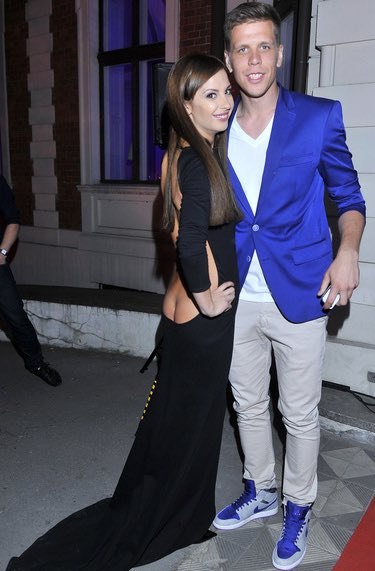 The folks over a The Sport Bible picked up on it pretty quickly and posted a link to the picture claiming that the woman was his girlfriend.

However, the on loan Roma star took to Twitter to break his silence and hit back at the claims that they are a couple by delivering a pretty harsh reply.