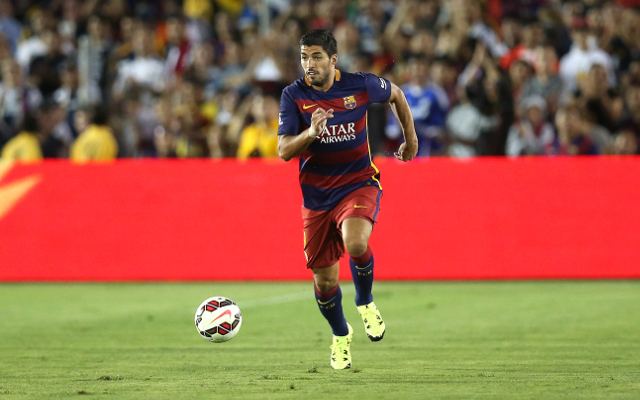 Barcelona drew 2-2 with Deportivo La Coruna this afternoon in La Liga to temporarily move three points clear of Atletico Madrid as the summit of the league table.

The result continued a run of consecutive draws for the Catalan giants; they dropped points with a 1-1 tie against Gary Neville’s Valencia last weekend, then could only manage another 1-1 with Bayer Leverkusen in the Champions League in mid-week.

Here we take a look at the player ratings for Barcelona’s stars.

Bravo played well for most of the game, foiling an early chance for Jonathan and helpless for the two Deportivo goals in the second half.

Marauding and industrious – every time Alba takes to the pitch we get reminded of his qualities and today was no different. His crosses were consistently inch-perfect, and was a constant thorn in the Deportivo full-back’s side.

Mascherano was Barcelona’s best defender. He picked out the danger easily and his positioning was excellent.

Pique was not at his best today. He lost Jonathan for Deportivo’s chance in the first half, and was not aware enough of the danger for their two goals.

Dani Alves was his usual self, pushing hard when going forward but occasionally suspect defensively.

The creative pass-master was central to everything good about the hosts attacking play. The 31 year old shows no signs of slowing down as he starts to enter the twilight of his career.

Had been playing well until his sloppiness gifted the ball to Lucas Perez. Perez went on to supply the assist for Álex Bergantiños’ late equaliser.

Scored a stunning goal on the hour mark to put Barca 2-0 ahead. It looked like it would be another routine win at that stage.

A bit quiet, but it’s difficult not be overshadowed when your fellow strikers are Luis Suarez and Lionel Messi!

Had a great 60 minutes and could have walked away with a hat-trick. Went a bit quieter as the game wore on.

Is the 28 year old back to his best? A goal and an assist suggest that he probably is…