England were put in Group B with Russia, Wales and Slovakia when the draw for Euro 2016 was made in Paris on Saturday night.

Manager Roy Hodgson should be confident of progressing to the last 16 without too much drama. After all, his side won all 10 of their qualifiers – a feat which no other nation matched.

Hodgson used 33 different players during qualification, as he experimented with tactics and gave opportunities to youngsters, especially those showing good form in the Premier League.

Hodgson has six months before he has to pick his squad. But what if he had to pencil in his team right now?

Check out what we reckon would be Hodgson’s best England XI below.

This group of players only have 104 senior caps between them, but we think they’d make a formidable side. 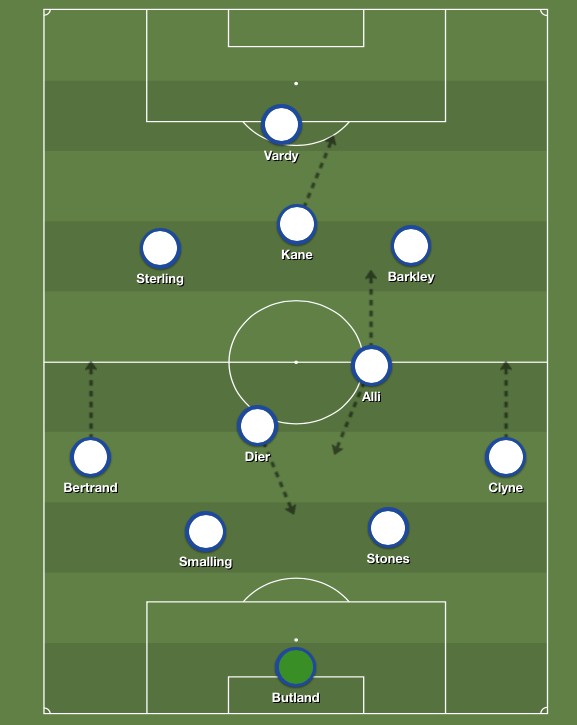 Joe Hart has been England’s no.1 since he broke into the senior side in 2008. The Manchester City stopper, who has earned 57 caps for the Three Lions, is an excellent goalkeeper, but he hasn’t been as good as Stoke City’s Jack Butland this season.

Butland has been talked up as Hart’s natural successor for years, but when the 22-year-old made his first competitive England appearance in October many people started to see him as someone capable of replacing the Man City star sooner rather than later.

According to Whoscored.com, Butland has made more than twice as many saves as Hart in the Premier League this season.

What’s more, Butland has kept six clean sheets in his last seven appearances in all competitions.

Chris Smalling has been Manchester United’s best player this season, starring in their famously stingy defence. He is currently out injured after picking up a knock in Wednesday’s defeat to Wolfsburg, but he should be back before Christmas, so there are no concerns regarding his Euro 2016 availability.

As one of England’s most senior defenders, Gary Cahill is likely to get nod to partner Smalling in France. But he shouldn’t.

Cahill has been a regular in Chelsea’s underperforming team for most of the season. The former Bolton star, who was recently dropped in favour of Kurt Zouma, has to take a decent chunk of responsibility for the Blues conceding more goals than Man United and Tottenham Hotspur combined.

It is no secret that Chelsea wanted to sign Everton’s John Stones last summer. BBC Sport reported in August that Stones had handed in a transfer request after multiple bids from Chelsea – the second of which was said to be worth £26m – had been rejected.

Chelsea may well see Stones as a favourable alternative to Cahill, but, until Everton agree to sell, the Stamford Bridge outfit cannot make that upgrade. However, Hodgson can and should. 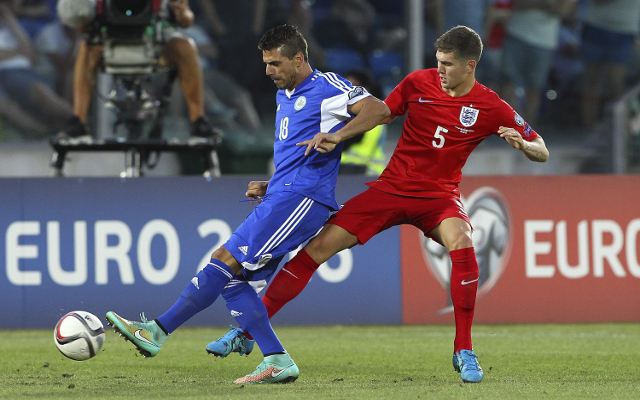 Left-back is a position England have struggled to fill since Ashley Cole’s international retirement. Luke Shaw and Leighton Baines were the main contenders, but both have long-term injury issues.

Arsenal’s Kieran Gibbs and Southampton’s Ryan Bertrand have been rotated in England’s last four fixtures. Gibbs is arguably just as good as Bertrand, but he can’t get in past Nacho Monreal at Arsenal, while Bertrand is a regular for the Saints.

The right side of England’s defence is much easier to pick. Nathaniel Clyne and Kyle Walker have been regulars for Liverpool and Tottenham respectively this season. Both have impressed, but Walker is much more prone to errors, so Clyne pips him.

Many great teams have one unfashionable player who performs an understated but vital role. Eric Dier is that man for Spurs.

Young defender Dier was reinvented as a midfield anchor man at the start of the season by Spurs boss Mauricio Pochettino, who has opted to start him in 21 of Tottenham’s 22 games in all competitions.

Dier has scored two goals this term – one from long range and another from a corner – but his scoring prowess is not why he has become the first name on his club’s team sheet.

The tenacious 21-year-old is confident on the ball and acts as the perfect link between defence and midfield, while he displays a level of maturity and discipline that belies his young age when it comes to his positioning and decision-making. 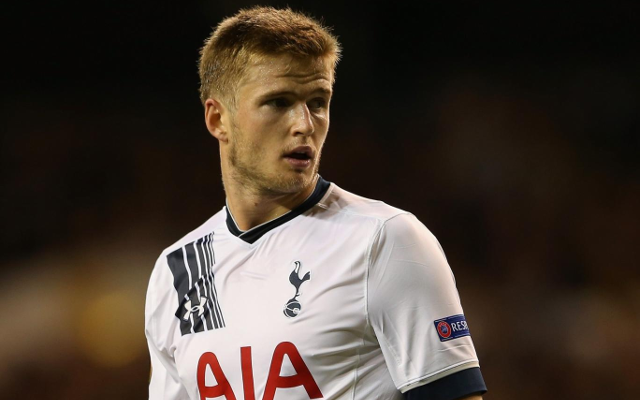 Dier’s inclusion would allow Hodgson to indulge himself with some very attack-minded players further forward.

Spurs teammate Dele Alli has built a terrific partnership with Dier at White Hart Lane. The pair also started together in England’s last match – a 2-0 win over France, which witnessed an Alli wondergoal.

Alli – dubbed the next Steven Gerrard by Empire of the Kop – is a strong candidate to win the Premier League’s Young Player of the Year award. He is full of energy and is a genuine box-to-box midfielder who could shine for England at both ends of the pitch.

Raheem Sterling cost Man City £49m when he joined from Liverpool in July, according to the Daily Mail. Whether or not he was worth that English-record sum remains a topic for debate, but there is no questioning the fact that he should start for his country.

Everton’s Ross Barkley is the only other English player that is as exciting to watch as Sterling. The 22-year-old Merseysider has the ability to create something out of nothing and has been electric in the 2015-16 edition of the Premier League, scoring six goals and creating another five.

Captain Wayne Rooney gets nowhere near the team based on his Manchester United form, so his armband should probably go to Smalling.

There is only one man who deserves to lead England’s attack in place of Rooney and that is Leicester City hitman Jamie Vardy, who is the Premier League’s topscorer.

Spurs star Harry Kane is more experienced than Vardy at international level, having netted three times in eight senior appearances. However, he cannot compete with the Leicester man right now in terms of goals.

Kane lines up as a lone frontman on Tottenham’s teamsheet, but only because Spurs are short of genuine strikers. The darling of White Hart Lane is actually an excellent no.10 and often drops into that position when he shares the pitch with either Clinton N’Jie or Heung-min Son.

Agree with this article? Or want to abuse the author on Twitter? Feel free! @robsummerscales