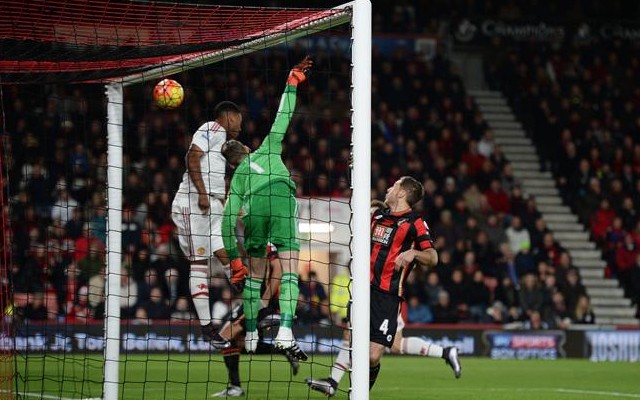 Manchester United must have been desperate for a good start in tonight’s Premier League clash at Bournemouth.

Without a win in four games in all competitions, Louis van Gaal knew that anything less than three points against the Cherries would be seen as a massive failure.

Well, it took just two minutes for Bournemouth to break the deadlock, completing phase one of United’s massive failure in bizarre fashion.

Junior Stanislas was the man who scored the goal – his third in three games – but it is not clear whether or not he intended to score himself.

The 26-year-old beat United goalkeeper David de Gea direct from a corner kick that swung viciously on a windy evening on the South Coast.

All Bournemouth players are wearing black armbands tonight as a mark of respect after Arter and his partner lost their child at birth this week.