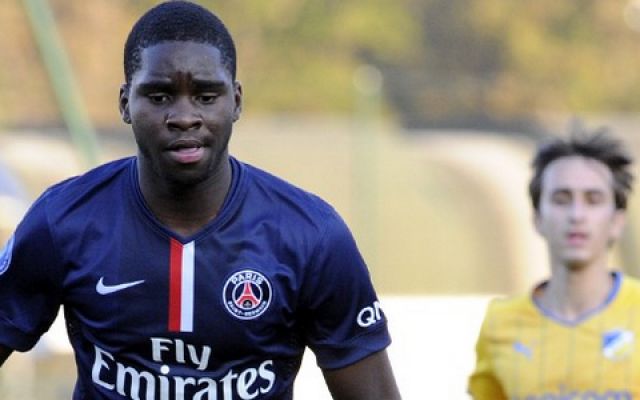 Manchester United are believed to be closing in on a move for teenage Paris Saint Germain striker Odsonne Edouard as he prepares to reject a contract extension with the French giants, according to the Metro.

The 17-year-old topped the goalscoring charts at last summer’s European Under-17 Championship, where he bagged an impressive hat trick during the final against Germany.

United have reportedly been scouting the player for some time, and were in attendance as PSG’s youngsters saw of Shakhtar Donetsk 5-2 in the Uefa Youth League on Tuesday and will pounce for his signature should he turn down a new offer with the French champions.

Liverpool are also said to be keeping tabs on his situation, but as it stands United would be favourites to pick him up.

Despite being at PSG since 2011, he is yet to make a first team appearance for the club, and could be tempted to follow in the footsteps of 19-year-old Anthony Martial, who has made a massive impact with the Red Devils since linking up from Monaco over the summer.

Enquiry made: Arsenal contact ‘selling club’ over their ‘most valuable asset’ with summer transfer eyed according to journalist March 3, 2021 15:14
Arsenal FC