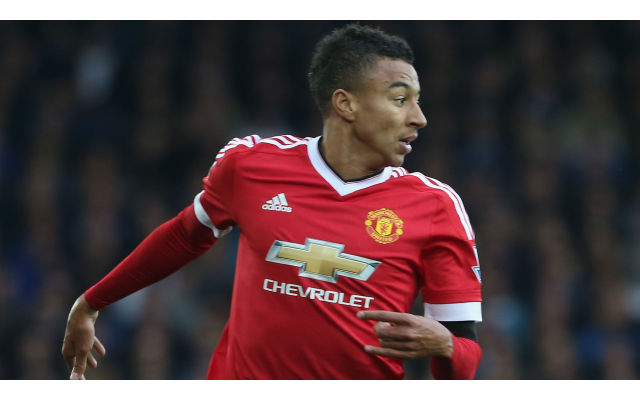 Louis van Gaal and Manchester United’s miserable week got a whole lot worse on Saturday when they lost to Bournemouth and saw Jesse Lingard limp off with an injury.

The England winger, who has been a rare ray of light during a troubled campaign for the Red Devils, has made four Champions League starts for United, and a further four starts in the Premier League. He has also featured a further three times as a substitute, scored a goal, and earned a maiden call up to the England squad.

However, the attacker looks set for a spell on the sidelines after being replaced during United’s EPL clash against Bournemouth on Saturday, with Goal reporting that Lingard has damaged his hamstring.

Lingard was replaced in the first half of United’s defeat, a result that rounds off a dismal week in which the Red Devils were also dumped out of the Champions League after losing to Wolfsburg.

They fell behind when Junior Stanislas scored direct from a corner, before Marouane Fellaini pulled van Gaal’s side level.

However, they were unable to build on their equaliser, and fell behind in the 54th minute when Joshua King scored the winner against his former club.