Everton are understood to be monitoring Arsenal defender Calum Chambers as a potential replacement for John Stones should the centre-back leave for Chelsea.

England international Stones was linked with a move to Stamford Bridge during the summer, with the Pensioners rebuffed on several occasions as they looked to bring the highly-rated youngster to West London [Mirror].

While it remains to be seen if Chelsea will make an approach for Stones during the January transfer window, as they look to salvage their nightmarish season, the Mirror note that Toffees boss Roberto Martinez is expecting to lose his star stopper some time in the future.

The tabloid proceed to note that the Spanish boss is keeping tabs on potential alternatives to Stones as the Goodison Park outfit look to overcome the player’s departure.

The Mirror report that Martinez is eyeing Arsenal’s Chambers, and sees the former Southampton man as a player who could step in and replace Stones. 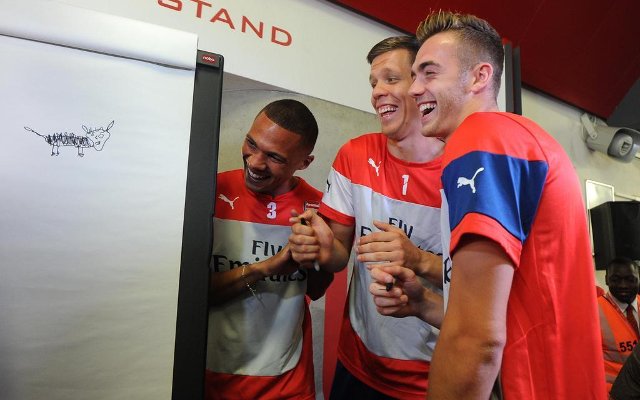 Chambers moved to the Emirates Stadium in 2014, but has struggled for first-team football in light of competition from Laurent Koscielny, Per Mertesacker, Gabriel Paulista, Hector Bellerin and Mathieu Debuchy.