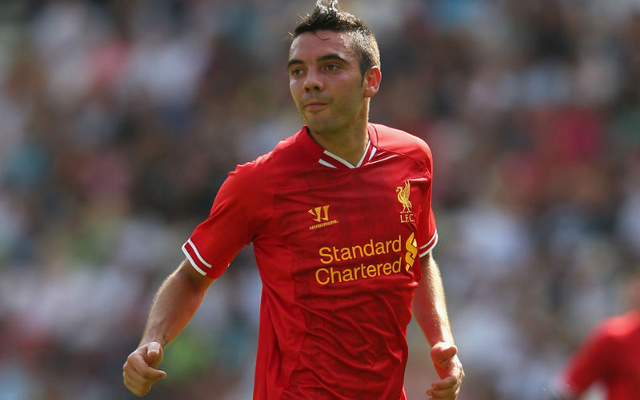 Can the real Iago Aspas please stand up?

The Spaniard was a bona-fide flop at Liverpool, failing to score a single Premier League goal in 14 appearances following his £7.7m arrival from Celta Vigo in 2013 – fee reported by The Telegraph.

Aspas is back at Celta these days and is showing the Kop that he is actually a decent footballer. Check out this incredibly cheeky chip which he scored in a 1-0 win over Espanyol last night.

The 28-year-old actually has nine goals in 15 games this season – nearly twice as many as Liverpool’s top scorer Philippe Coutinho – but Reds supporters still couldn’t believe what they were seeing.

Here is some of their Twitter reaction to Aspas’s world-class lob:

Why didn’t aspas scored goals like the one he did yesterday when he played for us ? Amazing goal — Jonte LFC (@jontelfc86) December 13, 2015

Great goal by #Aspas…why couldn’t he do this for Liverpool?

This must be a different Aspas. Couldn’t take a corner ours….. https://t.co/Ejf0ITRb7K