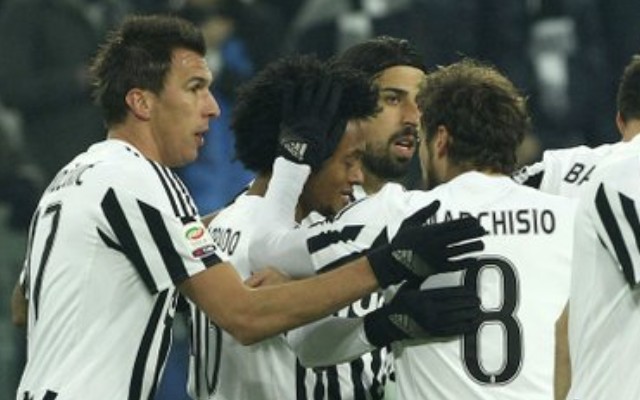 A brilliant Juan Cuadrado goal helped Juventus to a 3-1 win over his former club Fiorentina, for whom he played 85 times in Serie A between 2012 and February this year.

Chelsea have let some brilliant players leave Stamford Bridge in recent years – Kevin De Bruyne and Romelu Lukaku – both of whom are currently in fine Premier League form – spring instantly to mind.

Officially, Juan Cuadrado is still a Chelsea player, but they cannot call upon him this season, because he too was rejected by Jose Mourinho.

Cuadrado only joined Chelsea in February – for £26.1m according to Sky Sports – but Mourinho clearly wasn’t too impressed, because the Blues boss loaned him out to Juventus just six months later.

The 27-year-old has done well back in Serie A. On Sunday night, he scored his second goal of the season – and provided his fourth assist – as Juve beat Fiorentina 3-1.

Cuadrado’s biggest attributes are widely considered to be his pace, dribbling and long shots.

He is not known for his aerial ability, so it was rather unusual to see him find the net with a terrific looping header.

His superb headed effort cancelled out Josip Ilicic’s early opener, which came from the penalty spot, after Giorgio Chiellini had been deemed to have fouled Federico Bernardeschi.

Goals from Mario Mandzukic and Paulo Dybala in the final ten minutes of the second half secured the points for Juve, who climb to fourth in the Serie A table.

Fiorentina are third – one point above the Old Lady.